What is the significance of the title “The Champions”? 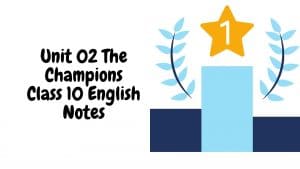 The title of the lesson “The Champions” is significant as it gives a hint to the reader that what they are going to read in the lesson might be something related to a sport focusing on the champions of that sport.

What was the dream of Ahmad Ali and Gul Sher?

The dream of Ahmad Ali and Gul Sher was to become a lightweight boxing champion of the world someday. Both of them worked hard to achieve their dream.

Why was the fight so important for both Ali and Gul Sher?

How did the two friends fight? Describe in your own words in five sentences.

Ali was the one who started the fight. In the first round, Ali was at the top of the game as he was able to trap Gul against the ropes and beat him quite harshly. In the second round, even after turning unconscious, dizzy, and disoriented by the hard blows of Ali, Gul Sher gathered his strength and retaliated in the same way that turned the match even. In the third round, the young boxers performed toe-to-toe and gave their best savage performance but at the end, they did not stay there to hear the announcement of the game and went away arm in arm. They gave more value to friendship than to their championship-winner title.

Compare and contrast the characters of Ali and Gul.

The major characters of the lesson are the two young boys Ahmad Ali and Gul Sher. There is an element of comparison and contrast between the characters of both friends.

Compare:
Both Ali and Gul Sher were students of grade 10 in the government school. They were my classmates as well. Apart from this, they lived in the neighbourhood of Lyari, Karachi. They were so close in their feelings and contact that they considered themselves brothers. Boxing was the sport they were in love with. They both owned the same dream of becoming a lightweight boxing champion of the world one day. Both of the boys were sensitive, honest, and sincere. They gave more value to friendship than to be the winner. Ali and Gul suffered from the same feelings of anxiety, pressure, and stress with the mere thought of the fight and the result of that. Both the friends were well aware of the facts regarding the top boxing champions of the world. They were equally good boxers.

Contrast:
It can only be done concerning their appearance and background as they were the same in character, thoughts, and values. Gul Sher was fair, lean, and lanky. Gul Sher had straight hair that most of the time fell over his eyes. He belonged to a Pashtun background as his family moved to Karachi from Kyberpakhtunkhwa before the birth of Gul Sher. On the other hand, Ahmad Ali was Sheedi, dark, short and husky. He had black hair in a natural Afro style. He was a permanent resident of Lyari district. The difference in their boxing style was quite evident as Gul’s lean form and long reach made him the better boxer whereas Ali’s short and muscular frame made him the better slugger.

Is there any conflict in the story? If yes, describe it in detail.

No, there is no conflict in the lesson. The two true friends sacrificed their chance of representing their country in the World Boxing Championship in the Lightweight category. They give more importance to their friendship than to become a winner of the match or country’s representative in the Championship. It is a difficult decision to take as it is the dream of both the young boys to become lightweight boxing champions one day.

What was the effect of the fight on the relationship between the two friends?

Keeping in view the relationship between the two friends, is it easier or harder for them to fight each other? Support your answer by giving references from the text.

It is the most difficult time in which the friends are passing through. The two childhood friends have to fight against each other in the National Boxing Championship. As the day of their fight is approaching, they face feelings of anxiety and stress. One day, both the friends meet and discuss their feelings and emotions regarding the upcoming fight. Ali confesses that he has been thinking about it at all times.

He says that he has been awake at night, pulling punches on Gul Sher, trying not to hurt him. Gul Sher also explains his feelings that it is difficult for him to stop thinking about the fight even for a minute that what would be the result of the fight and how their friendship is going to survive after that.

Are you satisfied with the ending? Support your response with cogent arguments.

Though the ending is unexpected yes, I am satisfied with it. The reason is that friendship is a very precious relationship and to find fast and sincere friends in this world of selfishness, envy, hatred, jealousy is a tough task to be undertaken.

Once you become successful in selecting the pearl (your true friend) from the sea of humans then you should take care of him. One must try to sacrifice his wishes and desires just for the sake of his friend/friendship. I want to strengthen my point of view with the inspiring quote of Nicole Richie:
“True friends are like Diamonds- Bright, Beautiful, Valuable, always in Style.”

Answer:
No doubt, boxing is a tough and brutal game for the youngsters. After reading the lesson that gives a clear description of the boxing competition, it seems quite evident. As when the fight started between Ahmad Ali and Gul Sher, the two young boxers, Ali punched at the face of Gul quite hard thus making him dizzy, disoriented and unconscious. Later, Gul defended himself and sent harsh blows to Ali. Ali’s left eye was affected by the blow so he tightly closed it. From Gul’s nose, red blood poured out, which frenzied the audience. Both of them had a savage fight, their punch fell on each other like hailstones, hurting them bad.

Q.2) Imagine Ali and Gul Sher as they walk away from the boxing ring after the fight, Now, keeping in mind and friendship, write their conversation as a one-page dialogue.

Answer:
Dialogue:
Ali: Thanks, dear.
Gul Sher: For what?
Ali: I mean thanks for not sacrificing our friendship just for the sake of a championship.
Gul Sher: No need for this friend. I know the worth of friendship.
Ali: I was petty much disturbed for the past two days.
Gul Sher: I was just experiencing the same feelings as you do, dear.
Ali: It was not about the fear of losing the game or the joy of winning it but it was just about our friendship.
Gul Sher: I was also perturbed with the mere thought of the game’s result that what would happen after that.
Ali: I discussed the matter with my elder brother yesterday. He advised me to relax and leave the rest on destiny.
Gul Sher: I too took a piece of advice from my father who said that I should give more value to friendship than to fame or fortune.
Ali: Well, at one point I was sure that you would be winning the game.
Gul Sher: Yeah, I was pretty confident at the last blow that I gave you. But the voice of my father echoed in my head and I changed my decision from getting the label of ‘The Champion’ to remain a friend of you forever.
Ali: Thanks again for saving our life-long friendship.
Gul Sher: No problem, dear.
Ali: I think we should go home now as everyone must be anxiously waiting for the game’s result.
Gul Sher: Yup, you are right. Let’s go.
Ali: Dear Gul, I am the luckiest person on earth as I have you as a friend.
Gul Sher: I have some respect and feelings towards you, Ali.
Ali: Ok, Allah Hafiz.
Gul Sher: Allah Hafiz. Do come to my home for practice tomorrow.

Q4. How did the two friends fight? Describe in five sentences.
Ans: Both the friends fought bravely. They rushed towards each other like bulls and pounded blows on each other like hailstones. They give a tough time with each other in the ring. In the end, they sacrificed the championship for their friendship.

Q5. Compare and contrast the characters of Ali and Gul?
Ans: Gul Sher was fair, lean, and lanky. His hair was always falling over his eyes. Ali was Sheedi, dark, short, and strong. His hair was in a natural Afro style. They have many common qualities but their boxing style was different from each other. They both know, how to win the fight.

Q6. Is there any conflict in the story? If yes, describe it in detail.
Ans: Yes, there is a conflict in the story. One conflict is the boxing contest between the two fast friends. They both worried about how to face each other in the ring. They were restless to think about the effect of the fight on their friendship.

Q7. What was the effect of the fight on the relationship between the two friends?
Ans: Both the boxers were good friends. They were greatly worried about their boxing contest. They know that the fight will not affect their relationship. They fought bravely, as they knew that the better men should win the contest.

Q8. Keeping in view the relationship between the two friends, is it easier or harder for them to fight each other? Support your answer by giving references from the text.

Ans: As we know that both the boxers were good friends, so it was hard for them to fight against each other. Before the fight, they were really restless and they often told each other about the mental conditions their own. They really didn’t want to disturb their friendship.

Q9. Are you satisfied with the ending? Support your response with cogent arguments.

Ans: Yes, we are satisfied with the ending of the story. Both boxers showed their courage, strength and skills. At the end of the story their friendship win over the boxing championship.

B. Choose the correct option for the following statements.

A. Choose the correct pronoun to correctly finish this sentence.

B. Choose one of the relative pronouns who, which or whose to complete sentence.

C. Underline the indefinite pronouns in the following sentences. 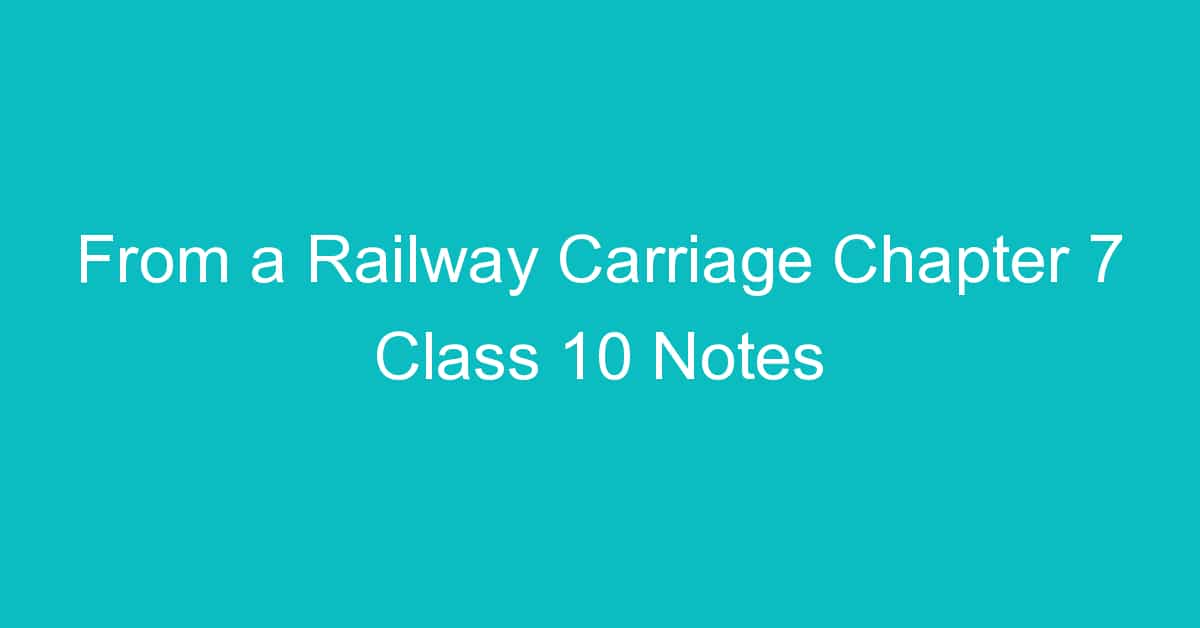