What are pyrogens? How do they affect the hypothalamus?

Pyrogen:
“Pyrogen is a substance, typically produced by a bacterium, that may cause the setpoint of the hypothalamic thermostat to rise and causes fever.”

Many proteins, breakdown products of proteins, and certain other substances, such as lipopolysaccharide toxins (LPS or endotoxin) secreted by bacteria, can act as pyrogens. It is pyrogens secreted by toxic bacteria or pyrogen released from degenerating tissues of the body that cause fever during disease conditions. These chemicals are carried by the blood to the brain, where they disturb the functioning of the hypothalamus, the part of the brain that regulates body temperature.

The pyrogens inhibit heat-sensing neurons and excite cold-sensing ones, and the altering of these temperature sensors deceives the hypothalamus into thinking the body is cooler than it actually is. In response, the hypothalamus raises the body temperature above the normal range, thereby causing a fever.

Q.2 iii) How interferon inhibits the ability of viruses to infect cells?

“Interferons are a group of natural proteins that are produced by human cells in response to viral infection and other stimuli. They have the ability to interfere with viruses that are replicating.”

Q.2 iv) What would happen if mucous of bronchi fails to do its job?

Bronchi is a part of the respiratory system which is lined with mucous membrane. If the mucus is not produced in the lining of bronchi, it could lead to serious lung infections because mucus traps foreign materials and unwanted disease-causing pathogens, preventing them from accessing the lungs and other vital structures. Mucus also contains natural antibiotics, which help to destroy bacteria. If mucous dysfunction takes place, lung infections like bronchitis, emphysema, tuberculosis, and asthma occur

leading to a weak immune system.

“Allergies are hypersensitive immune responses to substances that either enter or come in contact with the body, such as pet dander, pollen or bee venom.”

“A substance that causes an allergic reaction is called an allergen.”

The most common allergic conditions include;

Q.2 vii) Differentiate between the two types of acquired immunity.

Q.3 i) What are the main events of inflammatory response?

“Inflammatory response is a localized physical response in which part of the body becomes red, swollen, and often painful, especially as a reaction to injury or infection.”

Inflammatory response as one of the nonspecific defences.

Main events of the inflammatory response:

Human skin as the first line of defence:

In humans, the skin is the largest organ of the integumentary system.

Functions of the skin:

Skin is regarded as one of the first lines of defence because it provides an almost impenetrable biological barrier protecting the internal environment. It protects the body (especially the underlying tissues) against pathogens and excessive water loss. It is also involved in providing insulation, temperature regulation, and sensation.

Physical Components of the Skin’s Defense:

Human body’s first line of defence is non-specific and includes structures, chemicals, and processes that work to prevent pathogens from entering the body. These first-line defenders include the skin and mucous membranes of the respiratory, digestive, urinary, and reproductive systems.

The epidermis is composed of multiple layers of tightly packed cells, which few pathogens can penetrate on their own. In addition to this structural barrier, the natural shedding of dead skin cells removes many attached microorganisms. Then there are other cells called epidermal dendritic cells that actively patrol the skin to phagocytize (engulf and digest) pathogens.

The dermis is situated beneath the epidermis and contains protein fibres called collagen. Collagen is a tough fibrous protein which gives skin the strength and flexibility to resist abrasions that could introduce microorganisms.

Chemical Components of the Skin’s Defense:

Secreted by the skin’s sweat glands, perspiration contains salt and enzymes. Few microbes can live in a highly saline environment, like that of the skin’s surface. The lysozymes in sweat are a type of enzyme that can destroy the cell walls of bacteria.

Sebum is secreted by skin sebaceous (oil) glands. The oil helps keep skin pliable and less likely to break or tear and also lowers the pH of the skin to a more acidic level that inhibits the growth of many types of bacteria.

Q.3 iii) How macrophages and neutrophils help in killing bacteria?

Role of Macrophages and Neutrophils:

A site of production of Monocytes:

Monocytes are released by the bone marrow. These float in the bloodstream from where they enter tissues and turn into macrophages. Of all blood cells, macrophages are the biggest. Most boundary tissue has its macrophages.

Alveolar macrophages live in the lungs and keep the lungs clean and disease-free by ingesting foreign things like smoke, dust bacteria and microbes. Macrophages also swim freely. One of their jobs is to clean up dead neutrophils. Macrophages clean up pus as a part of the healing process.

Neutrophils are the most common form of white blood cells in the body.

Site of production of neutrophils:

Bone marrow produces trillions of WBCs every day and releases them into the bloodstream, but their life span is short generally less than a day. Once in the bloodstream neutrophils can move through capillary walls into the tissue.

Mode of action of neutrophils:

Neutrophils are attracted to foreign material, inflammation, and bacteria. If a person gets a splinter or a cut, neutrophils will be attracted by a process called chemotaxis. Once a neutrophil finds a foreign particle or a bacteria it will engulf it, releasing enzymes, hydrogen peroxide and other chemicals from its granules to kill the bacteria.

In a site of serious infection (where lots of bacteria have reproduced in the area), pus will form. Pus is simply dead neutrophils and other cellular debris.

The cell-mediated immune system consists of T-cells which originate in the bone marrow but moves to the thymus where their development is completed.

T-cells are highly specialized cells in the blood and lymph. They fight bacteria, viruses, fungi, protozoans, cancer, etc. within host cells and react against foreign matter such as organ transplants.

There are three kinds of T-cells.

Helper T-cells aid B cells and other T-cells to do their jobs.

Suppressor T-cells suppress the activities of B and other T-cells so they don’t over-react in the cellular immune response.

Cells of the immune system kill cells of the body that have been infected with a virus or that are cancerous. This response relies on cytotoxic T (Tc) cells. Tc cells contain molecules, called perforins, that they release onto target cells. The performance makes holes in the target cells and thereby kills them.

Phases of the cellular immune response:

“Autoimmune disorders are diseases that occur when the body produces an inappropriate immune response against its tissues.”

Sometimes the immune system will cease to recognize one or more of the body’s normal constituents as self and will produce antibodies that attack its cells, tissues, and/or organs. This causes inflammation and damage and leads to autoimmune disorders.

In a few types of autoimmune disease (such as rheumatic fever), a virus or infection with bacteria triggers an immune response and the antibodies or T-cells attack normal cells because some part of their structure resembles a part of the infecting microorganism.

Symptoms of autoimmune disorders vary by particular disorder but may include fatigue, dizziness, and low-grade fever. Symptoms can also vary in severity of overtime.

Lupus is a chronic disease marked by muscle and joint pain and inflammation (the abnormal immune response also may involve attacks on the kidneys and other organs).

Juvenile rheumatoid arthritis is a disease in which the body’s immune system acts as though certain body parts (such as the joints of the knee, hand, and foot) are foreign tissue and attacks them.

Scleroderma is a chronic autoimmune disease that can lead to inflammation and damage of the skin, joints, and internal organs.

Ankylosing spondylitis is a disease that involves inflammation of the spine and joints, causing stiffness and pain.

Juvenile dermatomyositis is a disorder marked by inflammation and damage of the skin and muscles.

Q.3 vi) Describe the role of T-cells and B-cells in transplant rejections.

Role of B-cells in transplant rejection:

The humoral response is an important mediator of chronic rejection, and numerous strategies have been developed to target either B cells or plasma cells.  B cells play a crucial role in graft rejection and autoimmune diseases by their ability to induce inflammatory immune response through their role of antigen-presenting cells and their unique ability to produce and secrete deleterious antibodies

Major Histocompatibility Complex (MHC) and the role of T-Cells::

Major Histocompatibility Complex (MHC) proteins are involved in the presentation of foreign antigens to T-cells, and receptors on the surface of the T-cell (TCR) are uniquely suited to the recognition of proteins of this type. MHC is highly variable between individuals, and therefore the T-cells from the host recognize the foreign MHC with a very high frequency leading to powerful immune responses that cause rejection of transplanted tissue. Identical twins and cloned tissue are MHC matched and are therefore not subject to T-cell mediated rejection.

Definition: “The ability of a body which resit against the disease or pathogen is known as immunity.”Immunology:- it is the branch of biology in which we study immunity.

Q; What is first-line defence, explain  its components:

Firstline defence definition:- “These is non-specific and included structures, chemicals, and processes that work to prevent pathogens from entering the body.

The first line defenders include the skin and mucous membranes of the respiratory, digestive, urinary and reproductive systems.

(A) Skin as a first-line defence:Introduction:- skin is regarded as one of the first lines of defence because it provides a biological barrier, protecting the internal organ. 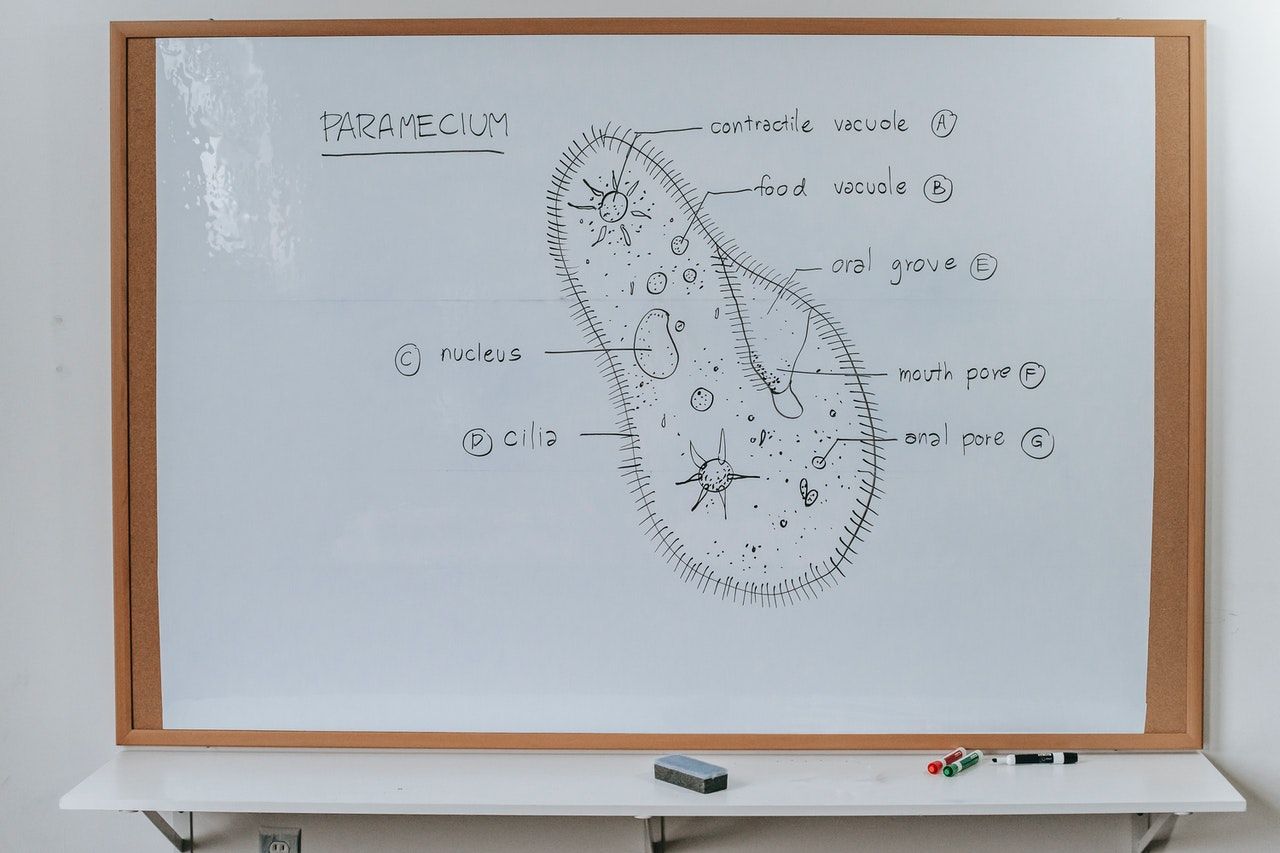