What is Physics? Name a few branches of Physics? 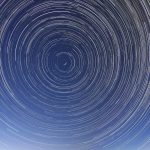 What is the contribution of Al-Haitham in the field of Physics?

Ibn-al-Haitham was a great physics of the Islamic world. He was born in Basra, a renowned city in Iraq. He wrote many books. His masterpiece work was the book named “ Kitabul-Manazir”. It is the first comprehensive book on the light. He developed the laws of reflection and refraction. He constructed the pinhole camera and with this, he obtained an image of the solar eclipse. The most important chapter of his book is on the human eye. The information given is still valid and correct. He was also a great scholar of physics, mathematics, engineering, astronomy, and medicine.