Describe in detail the construction and working of Celsius and Fahrenheit scales of temperature. 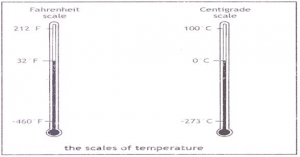 There are basically three temperature scales which are Celsius, Fernand and Kelvin. Kelvin is used as a SI scale temperature. Temperature Celsius and Fernand scales are described below:

ii) Fernate scale of temperature:
The lower fixed point on this scale is the triple point of water (or the melting point of ice at a vapour pressure) which is marked as 32 ° F. The upper fixed point is the temperature of the water vapour or boiling point under pressure in an atmosphere. This temperature is marked as 212 ° F. The interval between these points is divided into 180 equal parts. Each part measures 1 ° F.

What are gas laws?

The laws which explain the behaviour of gases are called gas laws. There are following gas laws.
i) Boyle’s Law
ii) Charles’s Law 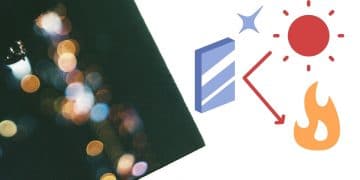