Biotechnology:
“Biotechnology is the branch of biology which deals with the practical application of living organisms to make substances for the welfare of mankind”.

What do you mean by horticulture and how is it related to agriculture?

Ans: “Science is the study in which observations are made, experiments are done and logical conclusions are drawn to understand principles of nature.”

Why was the scientific information not classified into different branches?

What are the thoughts of Dr. Abdus Salam about science?

According to Dr. Abdus Salam, “Scientific Knowledge is the common heritage of mankind.”

What is the benefit of the study of living things?

To understand and appreciate nature, it is essential to study the structures, functions, and related aspects of living organisms. The study of living organisms provides information and remedies to human problems regarding:
• Health
• Food
• Environment

What is the difference between genetics and inheritance?

The study of genes and their role in inheritance is called genetics whereas transmission of characters from one generation to another is called inheritance.

What is cell biology?

“The study of the structures and functions of cells and cell organelles is called cell biology.”
This branch also deals with the study of cell division.

Q.1) Arrange these structures in order from the lower level of organization to the upper level and write the level against each structure.

How would you define biology and relate it with its major divisions?

Answer:
Definition of Biology:
“Biology is the scientific study of life”.
The word “Biology” has been derived from two Greek words ‘bio’ meaning ‘life’ and logos meaning ‘thought or reasoning’. Biology serves to describe and explain the world of living things and relate it to the rest of the world.

Q.3) Draw a table showing the branches of biology and the studies these deal with.

Q.4) Give points to advocate that Biology is linked with physics, chemistry, mathematics, geography, and economics.

Q.6) Describe the levels of organization of life?

The levels of organization:
In order to understand the various phenomena of life, biologists study biological organization at different levels, which are as follows.
1) Subatomic and Atomic-level:
All types of matter are made up of elements and each element contains a single kind of atom (‘a’: not, ‘tom’: cut). The atoms are actually made up of many subatomic particles
The most stable subatomic particles are electrons, protons, and neutrons.
Bioelements:
Out of the 92 kinds of elements that occur in nature, 16 are called elements. These take part in making the body mass of a living organism. Out of these elements;

2) Molecular-level:
“Bioelements usually do not occur in isolated forms rather they combine through ionic or covalent bonding to form a stable particle which is known as molecule or biomolecule”.
An organism is formed by an enormous number of biomolecules of hundreds of different types. These molecules are the building material and are themselves constructed in great variety and complexity due to specific bonding arrangements. Biomolecules are classified as macromolecules and macromolecules.

3) Organelle and Cell level:
Biomolecules assemble in a particular way and form organelles. The organelles are actually sub-cellular structures and when they assemble together, units of life i.e. cells are formed. Each type of organelle is specialized to perform a specific function.
Example:
Mitochondria are specialized for cellular respiration and ribosomes are specialized for protein synthesis. In this way, the functions of the cell are accomplished by these specialized structures. It is an example of the division of labor within the cell.
In the case of prokaryotes and most protists, the entire organism consists of a single cell. In the case of most fungi, all animals, and all plants, the organism consists of up to trillions of cells.

4) Tissue level:
In multicellular organisms, similar cells (performing similar functions) are organized into groups, called tissues. A tissue is defined as:
“A group of similar cells specialized for the performance of a common function”.
Each cell in a tissue carries on its own life processes (like cellular respiration, protein synthesis), but it also carries on some special processes related to the function of the tissue.
There are different types of plant tissues e.g. epidermal tissue, ground tissue, etc. Animal tissues are also of different types e.g. nervous tissue, muscular tissues, etc.

5) Organ level:
“In higher multicellular organisms more than one type of tissue having related functions are organized together and make a unit, called organ”.
Different tissues of an organ perform their specific functions and these functions collectively become the function/s of that organ.

Example:
The stomach is an organ specialized for the digestion of proteins and for storing food. Two major types of tissue are present in its structure. Epithelial (glandular) tissue secretes gastric juice for the digestion of proteins. Muscular tissue performs contractions of stomach walls for grinding of food and moving food to the posterior end. So two tissues perform their specific functions. which collectively become the function of the stomach.
6) Organ system level:
The next level of organization in multicellular organisms is the organ system level. Different organs performing related functions are organized together in the form of an organ system. In an organ system, each organ carries out its specific function and the functions of all organs appear as the function of the organ system.
Example:
The digestive system is an organ system that carries out the process of digestion. Major organs in its framework are the oral cavity, stomach, small intestine, large intestine, liver, and pancreas. All these organs help in the process of digestion.
Organ system level in plants:
The organ system level is less complex in plants (e.g. root system) as compared to animals. This is due to a greater range of functions and activities in animals than in plants.

7) Individual level:
“Different organs and organ systems are organized together to form an individual or organism”.
In an organism, the functions, processes, and activities of various organs and organ systems are coordinated.
Example:
When a man is engaged in continuous and hard exercise, not only his muscles are working but also there is an increase in the rate of respiration and heartbeat. This accelerated rate of respiration and heartbeat supplies more oxygen and food to the muscles which they need for continuous work.

9) Community level:
“A community is an assemblage of different populations, interacting with one another within the same environment”.
Example:
A forest may be considered a community. It includes different plants, microorganisms, fungi, and animal species. Communities are collections of organisms, in which one population may increase and others may decrease.
Simple and complex communities:
Some communities are complex e.g. a forest community, a pond community, etc. Other communities may be simple e.g. a fallen log with various populations under it. In a simple community number and size of populations is limited. So any change in biotic or abiotic factors may have drastic and long-lasting effects.

10) Biosphere:
“The part of the Earth inhabited by organisms’ communities is known as a biosphere”. It constitutes all ecosystems (areas where living organisms interact with the nonliving components of the environment) and is also called the zone of life on Earth.

Q.1) Identify and evaluate the impact of scientific ideas and/or advancements in technology and society.

Impact of Advancements in Technologies and its effects on Society:
Technology has affected and is still affecting people of all age brackets from all over the world. We can imagine the formats in which toddlers’ toys and items for old people are made these days. They are given a touch of modernity to let them have the feel of the innovations the mind of the human person is capable of.
1. Effective transportation:
The car becomes a necessity in the world. Many individuals can’t even imagine life without it. They aren’t the only transportation to have changed the human environment, however. Anything with wheels or wings would’ve seemed like science fiction to early civilizations.
2. Fast communication:
It should come as no surprise that technology has vastly improved both the method and speed of communication all around the world. Now we can text, tweet, tumble, call, email, and fax. This kind of convenience and open-access communication has allowed everyone in the world to connect, correspond and collaborate on a global scale.
3. Better lifestyle:
The average life expectancy has climbed by 50 years since the 1700s. Advancements in medical tech take us to the point where the health facilities have remarkably increased.
People are smarter now, capable of dreaming, building, and creating complex machines, and their gadgets have played an important role in how they interact with the world around them.
4. Advanced information technology:
“Internet is the world on the computer”. The internet has huge information on every area of life. It is a safe place of consultation or reference for students as well as professors. The internet is a place where individuals and enterprises run to locate the information they need. For instance, if we need any service, just log into the Internet and will see one million and one individuals and organizations who render such services. Whatever it is you need, you can find it on the internet. The Internet has made our planet “a global village”.
6. Energy Technology
It is a broad category. Today, we have solar energy, wind-powered plants, hydrogen battery technology. These have proved really useful in place of their alternative technologies. Many people power their homes with solar energy. As good as these are, they come with some environmental hazards. They generate a level of pollutions in our environments like air and water pollution and heat generation. Efforts should be made to look at their negative impacts.

Q.2) List organs of the human body that some notorious diseases of today damage, and specify the ones, which can be transplanted.

Intestine Transplants
Small intestine transplants are rare and most often transplanted in combination with the liver, stomach, and pancreas in small children.
The most common reason leading to transplant is short bowel syndrome caused by conditions like tumors, and other inflammatory bowel diseases, or congenital defects.

Pancreas Transplants
The pancreas is a gland behind your stomach and in front of your spine. It produces juices or enzymes that help break down food and hormones that help control blood sugar levels. Problems with the pancreas can lead to many health problems and it can be transplanted.

Lung Transplants
Lung transplants are recommended for those with severe lung diseases, such as cystic fibrosis, and emphysema.
Living lung donation is a possibility in rare cases, as two living donors can each offer a lobe of their lungs, which are then both transplanted into the patient.

The liver is the largest organ in the body. Liver failure can be caused by viral infections, genetic disorders or even alcoholism. These liver diseases lead to cirrhosis, which creates scar tissue that blocks the flow of blood and thus affects its functions.
Most liver transplants involve transplanting the entire liver, where the diseased liver is removed and replaced with a healthy one. But it is possible to transplant part of a liver, as the organ can regenerate itself within the body.

Kidney failure can be fatal if left untreated. Prior to transplant, most patients require dialysis, a mechanical treatment to filter the blood to rid your body of harmful wastes, extra salt, and water.
While most people are born with two kidneys, we can survive with one. That is how individuals are able to be living kidney donors and help save the lives of a loved one or even a complete stranger.

The heart is the hardest working muscle in our bodies, pumping blood throughout the body. And just like any muscle, it can be subject to fatigue, especially if it has been weakened by a number of cardiovascular diseases. A wide range of heart diseases may make transplantation necessary. 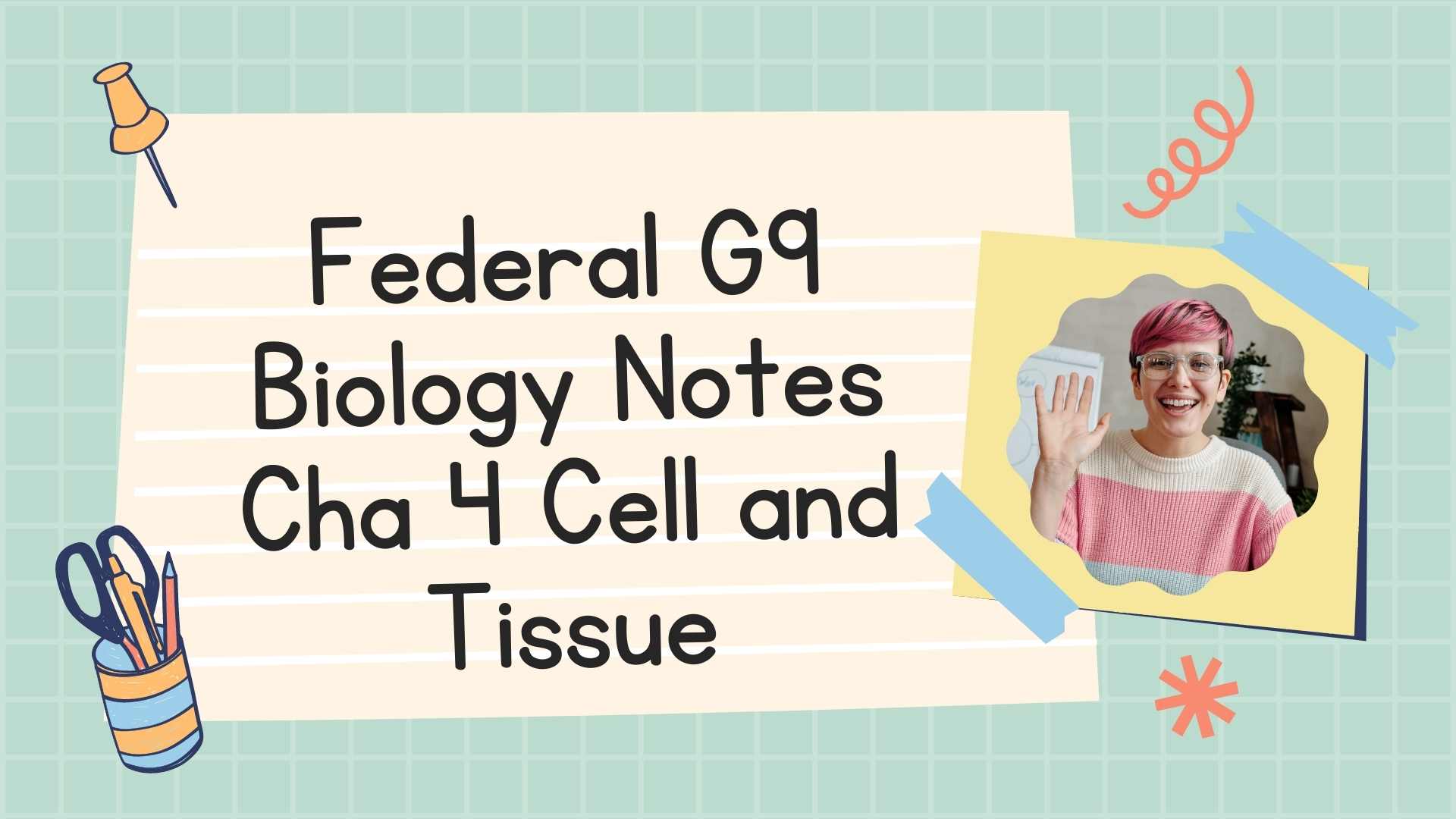