Class 9th) Bio Helping Notes of Chapter No 4 in high-quality PDF Format only on perfect24u. Are you looking for 9th Class all Notes of All Chapters in PDF of Punjab Board, and Federal Board?

Those organisms which are made from single cells are called unicellular organisms.

Those organisms which are made from more than one cell are called multicellular organisms.

All plants and animals

A group of cells that perform a particular function is called tissue.

There are two types of tissue.

Those issues which are made from the same kind of cell are called simple tissues. They are found both in plants and animals.

Those issues which are made from different kinds of cells are called compound tissues. They are present in plants but absent in animals.

The use of a microscope to observe very minute living organisms is known as microscopy.

It is an instrument that is used for the observation of those things which cannot be seen with naked eyes.

Zacharias Janssen and his son Hans Janssen were two eye glass makers in Holland. They discovered the first microscope in 1595. It was simply a tube with lenses at each end and its magnification from 3x to 9x.

Anton van Leeuwenhoek was a Dutch scientist who made a much better microscope and observed small organisms under it. The magnification power of Leeuwenhoek’s microscope was more than 250x. He is considered to be the first microscopist.

Q5: Write the characteristic features of light and electron microscope?

Those microscopes which use light to make the image of an object is called a light microscope.

Light passes through the simple and then through two glass lenses.

Lens produces an enlarged image of the sample and the second lens magnifies the image more.  After passing through the object and lenses, the light is projected into the viewer’s eye when an enlarge and clear image is formed.

The magnification of a light microscope is 1500x. It can magnify objects only about 1500 times.

The resolution of light microscope is 0.2μm.

It is the most advanced form of microscope which use the beam of an electron to make an image of an object.

In the electron microscope, the object and the lenses are placed in a vacuum chamber and a beam of electrons is passed through the object. Electrons pass through or are reflected from the object and make the image.

Magnetic lenses focus the electron beam on a screen and make a much enlarged image.

Resolution of electron microscope is 0.2mm.

There are two types of an electron microscopes.

Robert Hook was an English scientist who discovered cells in 1665. He observed a piece of cork under his self-made microscope. He observed small chambers like honeycomb structures and he named it cell.

Leeuwen Hook was a Dutch scientist. He studied a drop or pond water under his own made microscope. The magnification power of his microscope was 300x. He noticed tiny creature swimming in the drop of pond water. Leeuwen Hook was the first man to observe single-celled organisms called unicellular organisms.

In 1809, jean Baptist de-Lamarck proposed that “Nobody can have life if its constituent parts are  not formed by cellular tissues.”

Dolland in 1827 improved the quality of lenses. After that, all the scientists were interested in microscopy.

In 1831, a British botanist Robert Brown discovered the nucleus in the plant cell.

In 1839 a German Botanist Matthias Schleiden studied plant tissues and made the first statement of the cell theory. He stated that “all plants are made up of cells”

In 1839 a German Zoologist Schwann found that all animals are made from cells. Thus, Schleiden and Schwann proposed cell theory in its Italian form i.e., “all living things are composed of living Cells”.

Purkyne was an English scientist. In 1840 he proposed that all the cellular contents are living materials and gave them the name of “Protoplasm”.

In 1855, Rudolf Virchow, a German physician gave his hypothesis that every cell comes from a  pre-existing cell. (“Omnis Cellula a celula”).

In 1862, a French scientist Louis Pasteur experimentally proved the hypothesis of Rudolf  Virchow. He experimented on bacteria and found that bacteria are produced from pre-existing bacteria.

All living organisms are made from one or more cells.

⮚ A cell is the basic structural and functional unit of all living organisms.

Q9: What do you mean by acellular or sub-cellular particles?

Ans: According to the first principle of the cell theory all organisms are composed of one or more cells. The Discovery of virus prions and viroid claims that the statement is not universal. They are not composed of cells rather they are sub-cellular or acellular particles. As they show some characteristics of living organisms i.e., they can increase in number and can transmit their characteristics to the next generation.

Q10: Describe the structure of the Cell Wall?

It is a nonliving structure present in bacteria, plants, fungi, and some protists.

Cell Wall is located outside the cell membrane.

A cell Wall is mainly composed of three main layers.

It is the outer layer of cell wall which is composed of cellulose. Cellulose molecules are arranged in a crisscross manner.

It is the inner layer between the primary walls of two adjacent cells.

The function of Cell Wall:-

Q 11: Explain the structure and function of the cell membrane?

All prokaryotic and eukaryotic cells have a thin and elastic cell membrane covering the cytoplasm. It is the outermost layer of the animal cell. In the cells of bacteria plants fungi and some protists, the cell membrane lies beneath the cell wall.

Chemically cell walls are composed of 20-40% lipids and 60-80% proteins and also contain some carbohydrates.

Many scientists presented different models for the structure of cell membranes. Among them, the most acceptable model is the Fluid mosaic model.

In 1972 singer and Nicolson presented a model of the structure of cell membrane which is known as the fluid mosaic model. According to this model, the lipids bilayer is a sea and the protein is floating over it while some stay embedded in the bilayer. Carbohydrate molecules are joined with proteins or with lipids.

A cell membrane is a semi-permeable membrane because it controls the inflow and outflow of material of the cell. It is thin delicate and elastic. It controls the movement of the molecule passing through it. It allows only the passage of water and other small molecules such as gases while other substances such as glucose, amino acids, etc can slowly diffuse through it.

Q 12: Define cytoplasm? Describe the structure of the cytoplasm.

The portion of the cell which lies between the nuclear membrane and cell membrane is called cytoplasm. It contains a variety of cell organelles and other substances.

It is a translucent, living, and viscous substance.

It consists of two main parts.

Soluble Parts contain about 70% Water and 30% organic and inorganic substances.

Cell organelles are the insoluble part of the cytoplasm.

The cytoplasm is divided into two portions.

i) Ectoplasm: The outer clear portion is called ectoplasm.

ii) Endoplasm: The inner granular portion is called the endoplasm.

It is a network of interconnected channels present throughout the cytoplasm.

There is two types of endoplasmic reticulum. 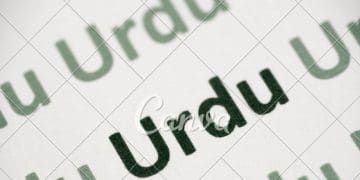