Q.2) Identify the topic sentence and supporting details in paragraph 3.

As head of the state of Madina, he decided all cases on merit with justice and equity, irrespective of colour, creed or prophet

Once a Qureshi woman was found guilty of stealing. Some people wanted to save her from punishment to protect the honour of her family of Quraish. They asked Hazrat Usama bin Zaid to intercede on her behalf. Hazrat Usama (RA) requested the Holy prophet  (PBUH) to forgive her. The Holy Prophet (PBUH) very furiously said,”The Bani Israel were ruined because of this. They applied the law  to the poor and forgave the rich.”

1. How can people achieve perfection in the moral, spiritual and social areas of life?

People can achieve perfection in their moral, spiritual and social areas of life through following Hazrat Muhammad’sﷺ message and guidance.

He was truthful and honest in his business dealings as well as very fair and just in settling social disputes. Once there was a conflict among people regarding the Black Stone during the reconstruction of Kaaba. He ﷺ advised the most equitable plan for the setting of the Black stone which pleased everyone and saved them from tribal conflict.

2.  How did the Holy Prophet ﷺ set high and noble ideals for all mankind?

Holy Prophet ﷺ set high and noble ideals through his practical life for all mankind. He treated every one justly and fairly according to the principles of Islam. Once a Quraish woman was found guilty of stealing. People of her tribe wanted to save her from punishment to protect the tribe’s honour but Hazrat Muhammad very furiously rejected the request and punished her according to the law.

3.  How were people of Makkah convinced of the Holy Prophet’s ﷺ justice even before his Prophethood?

The people of Makkah were convinced of the Holy Prophet’s صلى الله عليه وسلم Justice before his ProphetHood because he always had fair and just dealing with all people. During the reconstruction of Kaaba, he solved the dispute so amicably regarding the Black Stone that all were convinced of his honesty and sense of justice.

4.  What standards of justice did the Holy Prophet ﷺ practice as head of the state of Medinah?

As the head of the state, he resolved all the cases purely on merit with Quraishand equity irrespective of colour, creed or race. Once a Qureish woman was found guilty of stealing. People of her tribe wanted to save her from punishment to protect the tribe’s honour but Hazrat Muhammad very furiously rejected the request and said that the people before were destroyed just because they have treated people unjustly. Poor were punished and the rich were forgiven.

5.  What made non-Muslims bring their suits to the Holy Prophet ﷺ?

He decided all the cases purely on merit with justice and equity irrespective of colour, creed or race that even the Jews who were his bitter enemies brought their suits to him, and he decided their cases according to the Jewish law.  As Hazrat Muhammad said, “If you judge, the judge in equity between them. For God loves those  who  judge in equity.”

How does the Quran describe the personality of the Holy Prophet ﷺ? 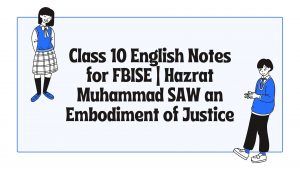 The Holy Quran mentions about him “We have indeed, in the messenger of God, a good example (of conduct) for any one whose hope is in God and the Final Day.” His life is a perfect example and guidance for everyone, all ages and every field of life.

Q.1) Identify whether each underlined word is a concrete or an abstract noun.

1.  She puts in much effort into her studies as she wants to score good marks.
2.  They recommended him for his justice and truthfulness.
3.  Keep the balls in that basket.
4.  The dishonest trader is losing the trust of his customers.
5.  He did not take good care of his pet.
Answer:

during the sermon an ansari seeing some men from the tribe of banu tha’lba sitting there stood up and pointed toward them and said oh messenger of Allah ﷺ their ancestors killed a member of our family we appeal to you toget one of them hanged in exchange for that the holy Prophet ﷺ  replied the revenge of the father cannot be taken on his son.

Answer:
During the Sermon, an Ansari seeing some men from the tribe of Banu Tha’lba sitting there stood up and pointed towards them and said, “Oh Messanger of Allah! Their ancestors killed a member of our family. We appeal to you to get one of them hanged in exchange for that.” The Holy Prophet ﷺreplied, “The revenge of the father cannot be taken on his son.”

Answer:
Hazrat Muhammad P.B.U.H was the embodiment of justice that even his bitter enemies consulted him to seek justice regarding their suits. and Hazrat Muhammad PBUH solved them as per Jewish Laws with the commandment of Allah. He advised to either judge between them in equity or do not interfere. For God loves those who judge with equity.

Answer:
Allah says, “You (Hazrat Muhammad PBUH) are surely of a sublime character, and do act by a sublime pattern of conduct.” And Allah says, “Be uphold of justice.”

The Prophet (PBUH) abided by Allah’s commands, even with such difficult people, and never made any concessions in his implementation of justice. He became an example for all times with the words, “My Lord has commanded justice”.

This noble attitude of the Prophet PBUH, being in total harmony with the morality of the Qur’an, should be taken as an example of how justice should be implemented in society.

A number of incidents testify to the Prophet PBUH’s justice. He lived in a place where people of different religions, languages, races and tribes all co-existed. It was very difficult for those societies to live together in peace and security, and to check those who sought to spread dissension.

One group could grow aggressive towards and even attack another over the slightest word or action. Yet, the justice of the Prophet PBUH was a source of peace and security for those other communities, just as much as it was for Muslims. During the time of the Prophet PBUH, Christians, Jews and pagans were all treated equally.

“There is no superiority for an Arab over a non-Arab and for a non-Arab over an Arab; nor for white over the black nor the black over the white except in piety. Verily the noblest among you is he who is the most pious”

A woman from the tribe of Quraish was found guilty of theft. For the prestige of Quraish, some prominent people intercede to save her from the punishment. The Prophet Hazrat Muhammad PBUH refused and condone the crime and expressed displeasure saying,

“Many a community ruined itself in the past as they only punished the poor and ignored the offences of the exalted. By Allah, if Muhammad’s (My) daughter Fatima would have committed theft, her hand would have been severed.”

The Jews, despite their hostility to the Prophet Hazrat Muhammad PBUH, were so impressed by his impartiality and sense of justice that they used to bring their cases to him, and he decided them according to Jewish law.
The Prophet PBUH asked people to be just and kind.

As the supreme judge and arbiter, as the leader of men, as a head commander and chief of rising power, as a reformer and apostle, he had always to deal with men and their affairs. He had often to deal with mutually inimical and warring tribes when showing justice to one carried the danger of antagonizing the other, and yet he never deviated from the path of justice.

In administering justice, he made no distinction between believers and nonbelievers, friends and foes, high and low.  We should follow these guidelines to make our society devoid of evils.

Q.3) Form groups and proof read and edit the written work for the following points. 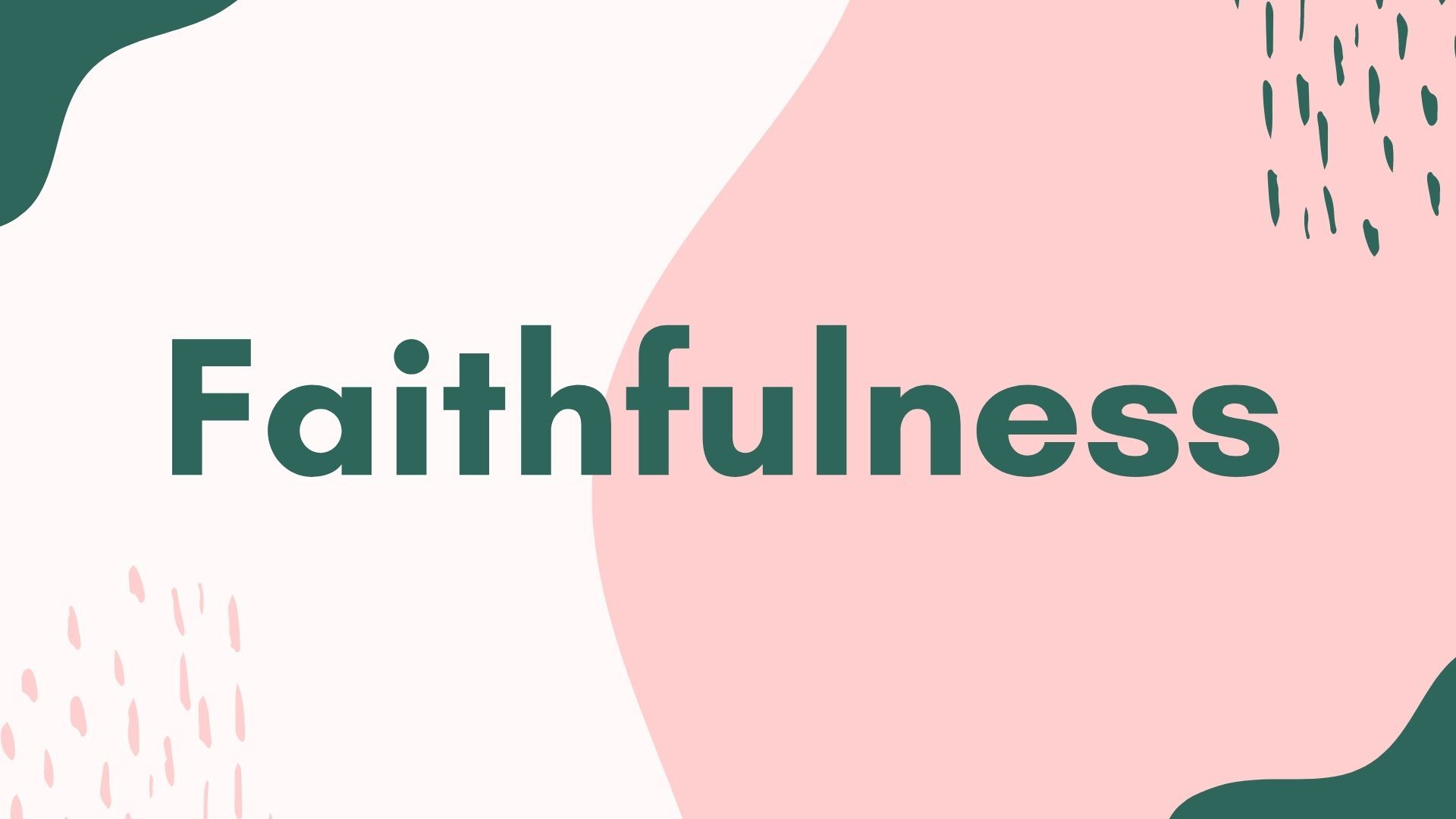