i) In which stage of the cell cycle each chromosome is duplicated and so it consists of it consist of two chromatids?

iii) During which phase of mitosis spindles are formed?

iv) In which stage of the cell cycle, the cell is preparing enzymes for chromosome duplication?

v) Which of the following stage of cell division is very different for animal and plant cells?

vi) Prior to cell division, each chromosome replicates or duplicates its genetic material products are connected by a centromere and are called;

vii) The process of mitosis ensures that;

viii) Cytokinesis in a plant cell is characterized by;

ix) Which of the following is unique to mitosis and not a part of meiosis?

xi) In which stage of the cell cycle do most cells spend their lives?

xii) Which of the following distinguishes meiosis from mitosis?

xv) What reason would you suggest for the fact that the total DNA content of each daughter cell is reduced during meiosis?

What is the 5 cell cycle?

Today, mitosis is understood to involve five phases, based on the physical state of the chromosomes and spindle. These phases are prophase, prometaphase, metaphase, anaphase, and telophase.

What is the cell cycle in biology G9?

Why is the cell cycle important?

A nerve cell does not divide after its formation. In which phase of the cell cycle it is?

A nerve cell does not divide after its formation. The cell is called to be in the “Go phase”, a phase of quiescence.

What type of cell division occurs when our wounds are healed?

Mitosis occurs when our wounds are healed. The number of cells within an organism increases by mitosis and this is the basis of development and growth.

Plants do not make their gametes by meiosis. How is that?

Plants make their gametes by mitosis. This is because in meiosis the daughter cells only contain half the number of gametes. Plants reproduce by asexual reproduction, so the cells will be identical to the plant. This is done by mitosis.

How is cytokinesis different in plant cells as compared to animal cells?

Q.1) What is the cell cycle and what are its main phases?

Answer:
Cell Cycle:
“Cell cycle is the series of events from the time a cell is produced until it completes mitosis and produces new cells”.
Main phases of the cell cycle:
The cell cycle consists of two major phases i.e.
1) Interphase
2) Mitotic phase (M phase)

1) Interphase:
interphase is the time when a cell’s metabolic activity is very high, as it performs its various functions. It is divided into three phases:
i) G1 (first gap)
ii) S (synthesis)
iii) G2 (second gap)

i) G1 phase:
After its production, a cell starts its cell cycle in the G1 phase. During this phase, the cell increases its supply of proteins, increases its supply of proteins, increases the number of organelles (such as mitochondria, and ribosomes), and grows in size. This phase is also marked by the synthesis of various enzymes that are required in the next phase i.e. S- phase for the duplication of chromosomes.

ii) S phase:
In this phase, the cell duplicates its chromosomes. As a result, each chromosome consists of two sister chromatids.

iii) G2 phase:
In the G2 phase, the cell prepares proteins that are essential for mitosis, mainly for the production of spindle fibers. After the G2 phase of the interphase, the cell enters the division phase i.e. M phase. It is characterized by mitosis, in which the cell divides into the two daughter cells.

Go Phase:
“Cells that have temporarily or permanently stopped dividing are said to have entered a state of quiescence, called Go phase”.
In multicellular eukaryotes, cells enter Go phase from G1 and stop dividing. Some cells remain in Go for an indefinite period e.g. neurons. Some cells enter the Go phase semi-permanently e.g. some cells of the liver and kidney. Many cells do not enter Go and continue to divide throughout an organism’s life, e.g. epithelial cells.

2) Mitotic phase:
The mitotic phase is a relatively short period of the cell cycle. It alternates with the much longer interphase, where cell prepares itself for the division.

Q.2) The S-phase of the interphase is important and a cell can never divide without it. Justify.

Answer:
Mitosis is the type of cell division in which a cell divides into two daughter cells, each with the same number of chromosomes as were present in the parent cell. Because each resultant daughter cell should be genetically identical to the parent cell, the parent cell must make a copy of each chromosome before mitosis. This occurs during the S phase of the interphase.
The S-phase is known as the replication phase of the cell cycle. During this phase, the cell’s genetic material, or ‘DNA’ is copied. Since DNA contains all of the information that a cell needs to produce essential materials, like proteins and enzymes, a cell can never divide without first going through this phase. DNA must be duplicated in the S-phase before cell division occurs. If not, the result will be 2 daughter cells with missing/un-equal amounts of genetic information. Consequently, the daughter cells will not be able to function properly and are likely to succumb to apoptosis (programmed cell death).

Q.3) How would you state the events of the prophase of mitosis?

Answer:
Prophase:
Prophase is the first stage in mitosis and starts after the completion of the interphase.  Normally, the genetic material in the nucleus is in a loose thread-like form called chromatin.

Condensation of chromatin:
At the onset of the prophase, chromatin condenses into highly ordered structures called chromosomes.

Structure of the chromosome:
Since the genetic material has already been duplicated earlier in the S phase, each chromosome is made of two sister chromatids, bound together at the same centromere. Each chromosome also has a kinetochore at the centromere. The kinetochore is a complex protein structure that is the point where spindle fibers attach.

Duplication of centrioles and spindle formation:
There are two centrioles (collectively called a centrosome) close to the nucleus. Each centriole duplicates and thus two daughter centrosomes are formed. Both centrosomes migrate to the opposite poles of the cell. Here, they give rise to microtubules by joining tubulin proteins present in the cytoplasm. The microtubules thus formed are called spindle fibers. A complete set of spindle fibers is known as a mitotic spindle.

Degradation of nuclear envelop:
By this time, nucleolus and nuclear envelope have degraded, and spindle fibers have invaded the central space.
Prophase in plants:
In highly vacuolated plant cells, the nucleus has to migrate to the center of the cell before prophase. The cells of plants lack centrioles. So, spindle fibers are formed by the aggregation of tubulin proteins on the surface of the nuclear envelope during prophase.
Prophase in prokaryotes:
Prokaryotes do not have a proper nucleus and do not form spindles during division. That is why their division is not called mitosis.

Q.4) Make a list of the events of mitosis.

Q.5) How is mitosis significant?

Answer:
Significance of mitosis:
The importance of mitosis is the maintenance of a chromosomal set i.e. each daughter cell receives chromosomes that are alike in composition and equal in number to the chromosomes of the parent cell.
Following are the occasions in the lives of organisms where mitosis happens:
1) Development and growth:
The number of cells within an organism increase by mitosis.  This is the basis of the development of a multicellular body from a single cell i.e. zygote and also the basis of the growth of the multicellular body.
2) Cell replacement:
In some parts of the body, e.g. skin and digestive tract, cells are constantly sloughed off and replaced by new ones. New cells are formed by mitosis and so are exact copies of the cells being replaced. Similarly, red blood cells have a short lifespan (about 4 months) and new red blood cells are formed by mitosis.
3) Regeneration:
Some organisms can regenerate parts of their bodies. The production of new cells is achieved by mitosis. For example, sea star regenerates its lost arm through mitosis.
4) Asexual reproduction:
Some organisms produce genetically similar offspring through asexual reproduction. Mitosis is a means of asexual reproduction. For example, hydra reproduces asexually by budding. The cells at the surface of hydra undergo mitosis and form a mass called bud. Mitosis continues in the cells of bud and it grows into a new individual. The same division happens during asexual reproduction (vegetative propagation) in plants.

Q.6) Describe the events that occur during the phases of meiosis-l.

ii) Metaphase I:
The pairs of homologous chromosomes align along an equatorial plane, forming the metaphase plate.
iii) Anaphase I:
Kinetochore spindle fibers shorten. It results in pulling apart the chromosomes of each pair. Since one chromosome is pulled toward one pole, two haploid sets are formed. Each chromosome still contains a pair of sister chromatids.
iv) Telophase I:
Chromosomes arrive at the poles. Each pole now has half the number of chromosomes but each chromosome still consists of two chromatids. The Spindle network disappears, and the nuclear envelope is formed around each haploid set. Chromosomes uncoil back into chromatin.
2) Cytokinesis:
Cytokinesis (the pinching of the cell membrane in animal cells or the formation of the cell wall in plant cells) occurs and the creation of two haploid daughter cells is completed.

Q.7) Describe the significance of meiosis.

Answer:
Significance of Meiosis:
The significance of meiosis for reproduction and inheritance was described in 1890 by German biologist August Weismann. He pointed out that meiosis was necessary not only to maintain the number of chromosomes in the next generation but also to produce variations in next generation.
1) Maintenance of the chromosome number in next generation:
Meiosis is essential for sexual reproduction. In humans, diploid gamete-mother cells or germline cells undergo meiosis to produce haploid gametes. Male and female gametes unite to form a diploid zygote, which undergoes repeated mitosis and develops into a new diploid human. Many haploid fungi and protozoans produce haploid gametes through mitosis. Plants’ life cycle shows alternation of generations. The cells of diploid sporophyte generation undergo meiosis to produce haploid spores, which grow into haploid gametophyte generations. Gametophyte generation produces haploid gametes through mitosis. The gametes combine to produce a diploid zygote. The zygote undergoes repeated mitosis to become a diploid sporophyte.
2) Production of variations in next generations:
The chromosome pairs of each parent undergo crossing over during meiosis. So daughter cells i.e. gametes have genetic variations. When gametes fuse and form zygotes, their genetic makeup is different from both parents. Thus meiosis allows a species to bring variations in the next generations. Beneficial variations help organisms to adapt to the changes in the environment.

Q.8) Contrast mitosis and meiosis, emphasizing the events that lead to different outcomes.

Answer:
Apoptosis:
“Apoptosis is one of the main types of programmed cell death”.
Process of apoptosis:
During apoptosis, the cell shrinks and becomes rounded due to the breakdown of the cytoskeleton by enzymes. Its chromatin undergoes condensation and nuclear envelope breaks. In this way, the nucleus spreads in the form of several discrete chromatin bodies. Cell membrane makes irregular buds known as blebs.  Blebs break off from the cell and are now called apoptotic bodies, which are then phagocytosed by the other cells.
Occurrence of apoptosis:

Necrosis:
“Necrosis is the accidental death of cells and living tissues”.
Causes of necrosis:
Necrosis is less sequential than apoptosis. There are many causes of necrosis including injury, infection, cancer, etc. Necrosis may occur when a cell is given hypoxic (with less oxygen) environments.
Process of necrosis:
During necrosis, there is the release of special enzymes from lysosomes. Lysosomal enzymes break cellular components and may also be released outside the cell to break surrounding cells. Cells that die by necrosis may also release harmful chemicals that damage other cells. 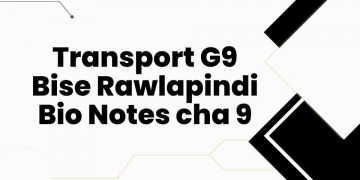