Q.1) Describe the steps involved in the biological method taking malaria as an example.

Answer:
Steps involved in biological method:
In the last part of the nineteenth century, many different causes of malaria were suggested.
Observations about malaria:
By that time there were four major observations about malaria.
1.      Malaria and marshy areas have some relation.
2.      Quinine is an effective drug for treating malaria.
3.      Drinking the water of marshes does not cause malaria.
4.      Plasmodium is seen in the blood of malarial patients.
Hypothesis about malaria:
The hypothesis made in this case was;

Q.2) If a test shows that some people have Plasmodium in their blood but they do not show any symptoms of malaria, what hypothesis would you formulate to answer this problem?

Q.3) How the principles of ratio and proportion are used in biological methods.

Answer:
Proportion means to join two equal ratios by the sign of equality (=). For example; a:b = c:d is the proportion between the two ratios. This proportion may also be expressed as a:b:: c:d. In every proportion of two ratios, there are four terms i.e. the first and fourth terms are called extremes, and the second and third are called means. So in the above proportion ‘a’ and ‘b’ are extremes while ‘b’ and ‘c’ are means. The basic rule used to solve the problems through ratios and proportion is that the product of extremes is equal to the product of means. When three values in a proportion are known, the fourth one (X) can be calculated by using this rule.
Example:
A biologist can calculate how many birds would get malaria when he allows infected mosquitoes to Bite 100 healthy sparrows. In an experiment, he noted that when he allowed mosquitoes to bite 20 sparrows, 14 out of them got malaria. Now he uses the proportion rule.

Q.4) Justify mathematics as an integral part of the scientific process.

Q.1) Differentiate between theory and law.

Answer:
Theory:
The hypothesis that stands the test of time (often tested and never rejected), are called theories. A theory is supported by a great deal of evidence. Productive theory keeps on suggesting new hypotheses and so testing goes on. Many biologists take it as a challenge and exert greater efforts to disprove the theory.
Law and principle:
If a theory survives a doubtful approach and continues to be supported by experimental evidence, it becomes a law or principle. A scientific law is a uniform or constant fact of nature. It is an irrefutable theory. Examples of biological laws are Hardy-Weinberg’s law and Mendel’s laws of inheritance.

Q.2) Quantitative observations are better than the biological method. How?

Answer:
Scientific questions:
1. Is an Electron larger than a molecule?
2. Does Filtration separate mixtures based on their particle size?
3. Can molecules have atoms from more than one chemical element?
4. Do plants need light to grow?

Q.2) For a given biological problem;

Procedure:
1. Fill each pot with soil.
2. Plant one bean seed in each pot. Make sure you gently cover each seed with a shallow layer of soil.
3. Place three of the pots outside in a spot that receives lots of sunshine. If the weather is too stormy or overcast, position the pots under the light.
4. Place the remaining three spots in a dark cupboard.
5. Think about what you know of plants and light. Why do you think plants might need light? Why do you think they might be able to do without it?
6. Remember the question of this experiment: Do plants need light to grow? Write down your guess, often called a hypothesis, in your notebook.
7. Spray all your planted seeds gently with the mister.
8. Now it’s time to wait. To get the best results, you’ll want to observe your seeds for at least three weeks. Make sure you use the mister every couple of days.
9. At the end of each week, take a close look at each of your pots. Write down what you see in your notebook.
10. Once a full three weeks have passed, read through your notes. Did the absence of light make a difference?
Results:
The seeds in the cupboard, away from the light, will not grow. Only the plants that received light will sprout.
Decision:
Hence the hypothesis, “Plants cannot grow without light for photosynthesis” is confirmed. 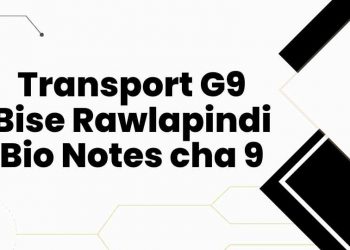