Q.1) Describe the size and composition of the population of Pakistan.

The term “demography” is defined as “the statistical study of the human population or the study of the changing numbers of births and deaths in a society over a specified period.” The demographic data and its main characteristics are vital for purposeful planning. The essential characteristics of demography include total population, its regional distribution, the urban-rural ratio, literacy, and level of education, rate of population growth rate, average density per square kilometre and the occupation of the people.

Pakistan is a densely populated country with a density of 166 persons per squkilometreeter. The density of population is referred to the average number of people living in a square kilometre. The population of Pakistan is not evenly distributed. In Punjab, it is 358, in Sindh 218, in Khyber Pakhtunkhwa 238, in Balochistan 19, in Federally Administered Tribal teas (FATA) it is 117 and in the Federal Capital Territory of Islamabad; it is 889 per square kilometre. The population size and composition of Pakistan is as:

Population Size and Comthe position According to Cities:

Q.2) What is the literacy rate in Pakistan? How does it affect national development?

Education is a powerful means of bringing about national integration and illiteracy is no less than a curse for society. It hampers the progress and development of a country. The literacy rate in Pakistan remained quite low because of slow economic progress. The rate of literacy during the last 27 years was:

Literacy and economic and social development are mutually interdependent. Educated people are aware of the socio-economic scenario of the country and can help in the progress of the country. The countries with an effective impressive need oriented, saleable and effective system of education come out to be the leaders of the world, both socially and economically. Therefore, if a country has trained its labour, it makes the economic activity more productive while illiterate and uneducated labour delivers little and produces less. Instead of contributing to the economic growth of the country, it becomes a liability and a burden due to which the country remains trapped in the vicious circle of poverty.

Q.3) How does the growth and migration of the population affect the country’s development?

Migration is defined as the act of travelling from one place to another to change one’s place of living. After the establishment of Pakistan, the trend of the movement of the rural population to urban areas accelerated. The people began to move to urban areas in search of better employment opportunities and essential basic facilities of life. In 1951, only 17.8 per cent of our population was urban while by 1998, it rose to 32.5 per cent and is increasing constantly because the rural areas have fewer facilities of life as compared to cities, i.e. education, health, and recreation whereas the urban areas are attracting more population because of more hospitals, medical facilities, educational institutions, and recreational facilities.

Effects of Migration on the Country’s Development:

Migration badly affects the economic progress of a developing country as it increases the size of the population of a country and burdens the economy of a country. The rural-urban migration creates several problems such as:

Measures to reduce the effects of Migration:

Migration is an overgrowing phenomenon and is known as the movement of people from one place to another. Rural-urban migration is considered the greatest migration of a country,  which greatly affects the economic condition of a developing country because people with the passage of time move towards the cities for the better li opportunities which burdens the economic budget of the cities. Therefore, it is rightly believed that if the rural areas have more employment opportunities, the pressure of migration towards the urban areas will be relieved.

Q.4) What are the causes of population growth in Pakistan?

The world population is growing at an alarming rate and Pakistan is one of the most densely populated countries in the world. The causes of population growth in Pakistan are:


Q.5) How can a balance be maintained between the growing population and the National resources?

Steps to maintain the balance between National Resources and Population Growth:

Pakistan is a densely populated country. Its total resources are not increasing as compared to the growth rate of the population. Overpopulation has resulted in undue pressure on the existing resources and is leading to problems of food, clothing, residence, unemployment, education, health facilities, and many other issues of life. Due to the scarcity of facilities, the quality of life of the people is becoming substandard. This can be resolved by striking a fine balance between the population and the resources. It is necessary to reduce the rate of population growth and to increase the national resources. The following steps should be taken to maintain the balance between national resources and overpopulation:

Q.6) Describe the effects of a growing population on health and education.

The social and economic progress of a country is a well-being concept within a field of international development and is related to human development. It involves studies of the human condition with its core being the capability approach and the human condition is measured by the education and health sector. People are the real wealth of nations and the basic goal of social and economic development is to create an environment that enables people to enjoy a long, healthy, and creative life.  Therefore, the quality of life and development of a country is determined by the quality of education and health. Overpopulation, however, is the main problem of Pakistan, which is the result of early marriages and the desire for more children and especially the desire for a male child. Thus, the rise in the ratio of child population has affected the matter of health as well as their education.

Effects of Growing Population on Education:

Education is a fundamental factor in the process of human development. Educated people are aware of the socio-economic scenario of the country and can help in the progress of the country. The experiences of the developed countries show that it is necessary to invest in the education sector for economic and social progress. However, overpopulation is considered a great hurdle in delivering effective education to the people of Pakistan. Due to the increase in population growth, the number of educational institutions is falling short. These institutions are also facing a shortage of physical facilities and equipment such as most of the schools have no boundary walls, no water facilities, limited transport, toilets, rooms, and furniture. Moreover, due to the increase in family members, poor people cannot afford the expenses of education. Therefore, they are unable to send their children to school. In this way, the illiteracy ratio in the country is increasing.

Effects of Overpopulation on Health:

Health plays a significant role in the economic development and growth of a country. Health is a blessing of Allah and it is a common proverb that “health is wealth.” It is said that health is among the basic capabilities like education that gives value to human life. Therefore, the wealth of any nation can be measured by the health status of its citizens. The health sector in Pakistan is very poor and faces the problems of poverty, low standard treatment, and diseases due to overpopulation. Poor health and malnutrition of people are important underlying factors for low school enrollment, poor classroom performance, and early school dropout, as reflected in the World Declaration on Education for All. Malaria, influenza, typhoid, tuberculosis, and hepatitis are very common diseases in Pakistan. Moreover, poor diet and unhygienic living, affects the mental and physical capabilities of the people of Pakistan adversely, which in turn hampers the social and economic growth of the country.

Health and education are among the basic capabilities that give value to human life and economic progress but overpopulation is becoming an obstacle in raising the standard of education and health. Good health is not only essential input but also an important outcome of basic education of good quality. The government and private sectors of Pakistan should take effective steps to increase the net enrollment at the education level and to control the problems of the health sector. In this way, Pakistan can only achieve social and economic progress at the international level.

Fill in the Blank

ii) The density of population in Sindh is __ persons per square kilometre.

Answer fill in the Blanks 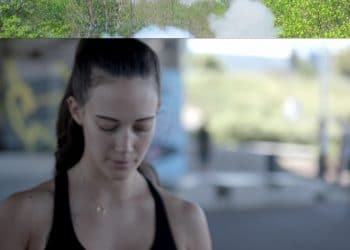