What is meant by a democratic Government?

Democratic Government
The term “ democracy’’ means people’s government. That type of government in which the major share of the government belongs to the people elected by the vote of the people in a democratic government people have a say in framing and implementing. The policies of governments.

What o do you mean by democracy?

People’s government is called democracy. It means the government of the people, by the people and for the people in democracy people have the major share to runt the state thought their elected representatives it has two concepts.

Q.1) Describe the rights and obligations (duties) of a citizen.

The citizens of a state have political, social, personal, and economic rights and along with these rights, responsibilities come that citizens are expected to carry out to help their communities and others. Maintaining a balance of rights and responsibilities is essential to constructing and preserving healthy relationships. Therefore, when individuals assume responsibility for ensuring each other’s human rights, the foundation for unity will be firmly established.

Human rights are a set of rights, which ensure that there is equality amongst all and that humans are free from degrading behaviour, discrimination, and prejudiced views. Therefore, after the establishment of Pakistan, the rights have been defined for the people of Pakistan, which are:

The rights for personal freedom are:

The citizens of Pakistan have equal rights, therefore, certain duties are also enforced on them because rights and duties equally regulate the values and behavioural patterns of an individual. On one side, rights are important in developing human personality and behaviour. The duties, on the other hand, direct the individual’s importance of their contribution to the promotion of social good. The duties of the citizens of a state are:

i)    Respect for Law and Loyalty to the Country:

It is the prime duty of each citizen to have respect for the law and act accordingly. Society can have real discipline if everybody follows the law. The next obligation of each citizen is to be loyal to the country. He should desist from working against the national interests and should refrain from joining any movement which is disloyal to the country. Each citizen should be ready to sacrifice his life and property for national defence and survival and can play an important role in eradicating the curse of drugs and other intoxicants in the country.

ii)   Perception for the Rights of Others:

The good citizen is under obligation to care for the rights of others. The rights desired by him also belong to others e.g. the honesty in business and professional dealings, justice in matters and strict observance of state laws and directives also involve others. It is in the interest of society as a whole that everybody fulfils his obligations and cares for the rights of others.

iii)   Duties or Obligations of Students:

The students are also citizens, therefore, they have their obligations. As long as they are students, they must complete their education with devotion and dedication. During vacations or free hours, they can undertake such national duties as providing adult education or extending help in the task of the Red Crescent. They can get training in civil defence. They can collect cash and consumable articles for affectees of national disasters. They should respect their teachers and their elders. Like all other citizens, they too have to respect the laws of the country and have to be faithful to the country.

Thus, it seems essential to broaden the conceptual framework for addressing human rights and responsibilities’ relations among all human beings as members of one community. In this context, everyone has an essential role to play in implementing fundamental rights and moral and legal duties, which could bring harmony in society and help to realize the guarantees of human rights towards others and within the community.

Q.2) Being a student, what are your duties/responsibilities?

The students have their responsibilities such as:

Q.3) What is the meaning of corruption? What are its harmful effects on the society?

Corruption is defined as when people in authority break a law to benefit themselves or favour someone, as to receive money or gifts in return, e.g. a policeman takes a bribe from a person who broke the law rather than making them pay the prescribed fine. Corruption has harmful effects on society such as: 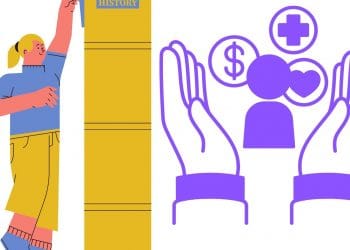