The empirical formula for water is

A mixture that consists of different components is called

i) Industrial chemistry deals with the manufacturing of compounds:

ii) Which one of the following compounds can be separated by physical means?

iii) The most abundant element occurring in the oceans is:

iv) Which one of the following elements is most abundant in the Earth’s crust?

v) The third abundant gas found in the Earth’s atmosphere is:

vi) One AMU (atomic mass unit) is equivalent to:

vii) Which one of the following molecules is not tri-atomic?

viii) The mass of one molecule of water is:

Industrial chemistry is the branch of chemistry that applies physical and chemical processes for the manufacturing of chemical compounds like ammonia, caustic soda, fertilizers, glass, soap, etc on a commercial scale.

Analytical chemistry is the branch of chemistry that studies the separation, identification, and quantification of the chemical components of natural and artificial materials.

Q.3)  Give the scope of biochemistry.

Biochemistry deals with the chemical processes taking place in living organisms. It includes the synthesis and metabolism of biomolecules. The various biomolecules are carbohydrates, proteins, lipids, fats, etc. Any imbalance or abnormality in the level of chemical constituents present or chemical transformation taking place in the body leads to a diseased state of the body. Therefore, biochemistry plays an important role in the diagnosis and treatment of diseases.

Q.5) What is the relative atomic mass? How is it related to grammar?

The atomic mass unit is expressed in grams as follows:

Q.6) Define an empirical formula with an example.

The empirical formula is a chemical formula showing the simplest ratio of elements in a molecule rather than the actual number of atoms of the elements.

Glucose has the molecular formula C6H12O6. The simplest ratio of carbon, hydrogen, and oxygen atoms in this molecule is 1:2:1. Therefore, the empirical formula of glucose is CH2O.

Q.7) State three reasons why you think air is a mixture and water a compound?

Air is a mixture because of the following reasons:

i) Air is formed by the simple mixing of nitrogen, oxygen, carbon dioxide, water vapors, etc. And these gasses can be separated by a physical method, fractional distillation.

ii) Proportions of the constituents in air vary from place to place.

iii) The properties of the constituents of air (oxygen, nitrogen, carbon dioxide, etc.) are not changed.

Water is a compound because of the following reasons:

i) Constituents of water cannot be separated by physical methods.

ii) Proportions of the constituents in water are fixed i.e. 11.11% of hydrogen and 88.89% of oxygen by mass are present.

iii) Constituents of water lose their properties and thus water has entirely different properties than that hydrogen and oxygen.

Q.8) Explain why hydrogen and oxygen are considered elements whereas water is a compound.

Hydrogen and oxygen are considered elements because they consist of the same type of atoms. Each one of them has the same atomic number and cannot be split up into simpler substances by chemical means.

Water is considered a compound because it is made up of different types of atoms chemically combined in a fixed proportion by mass. The properties of water are entirely different from that of its constituents (hydrogen and oxygen).

Q.9) What is the significance of the symbol of an element?

Q.10) State the reasons: the soft drink is a mixture and water is a compound.

Soft drink is a mixture because of the following reasons:

i) Soft drink is made up of simple mixing up of water, sugar, carbonated gasses, flavors, etc.

ii) The properties of the constituents of soft drinks are not changed.

iii) Components of soft drinks can be separated by physical methods.

Water is a compound because of the following reasons:

ii) The properties of water are different from that of its constituents (hydrogen and oxygen).

iii) Constituents of water cannot be separated by physical methods.

Q.11) Classify the following into element, compound, or mixture:

Q.12) Define atomic mass unit. Why is it needed?

It is a unit of mass used to express atomic and molecular weights, equal to 1/12th of the mass of an atom of carbon-12.

An atomic mass unit is needed because the mass of an atom cannot be determined practically, as it is too small. Hence, a standard was needed concerning which atomic masses of elements could be determined.

1 mole of HCl contains = 1 mole of atoms of hydrogen

1 mole of NH3 contains = 3 moles of atoms of hydrogen

Hence, the number of hydrogen atoms is more than 1 mole of NH3.

Q.1) Define elements and classify the elements with examples.

Element is a substance that consists of only one type of atom, having the same atomic number that cannot be decomposed into simpler substances by an ordinary chemical process.

On the basis of their properties, elements are classified into metals, nonmetals, and metalloids.

Metals are good conductors of heat and electricity. They are malleable and ductile and have a shiny surface. About 80% of elements are metals.

All the metals are solids except mercury, which is liquid at room temperature.

Non-metals are bad conductors of heat and electricity. They are not malleable and ductile and do not have a shiny surface.

All the non-metals are solids or gasses except bromine, which is liquid at room temperature.

Metalloids have properties of both metals and nonmetals. They are quite a few.

Q.2) List five characteristics by which compounds can be distinguished from mixtures.

A mixture lacks all the above-mentioned attributes.

Q.3) Differentiate between the following with examples:

i) Molecule and gram molecule

i) Molecule and gram molecule

Q.4) Mole is the SI unit for the amount of a substance. Define it with examples?

Mole is the mass of any chemical substance that contains the same number of chemical units (atoms, molecules or formula units) as there are atoms in exactly 12 grams of carbon-12. This number is expressed by the Avogadro constant, which has a value of 6.02 x 1023. Mole has the unit symbol mol.

The concept of the mole helps to put quantitative information about what happens in a chemical equation on a macroscopic level. It is used to express the quantities involved in chemical reactions. For example

The above chemical equation implies that 2 moles of H2 and 1 mole of O2 react to form 2 moles of water (H2O).

Question no: 2 Calcium Carbonate is insoluble in water. If you have 40g of it how many Ca+2 and Co3-2 ions are present in it?

Question no: 4 Calculate the number of molecules in

By putting the value

By putting the value 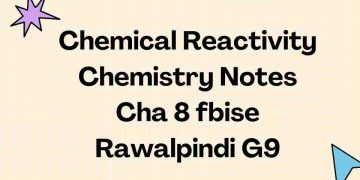