What is the meaning of Surah Mumtahina? 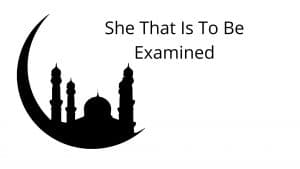 Answer:
Believers should not take your enemies as protecting friends, supporters, or companions since they are Allah’s and your own enemies. They are against your beliefs and they have driven out the Messenger (PBUH) and yourselves from your homes, simply they disbelieve in Allah.
Thus, it would not be befitting you to express your affection toward believers.

Q.2) State the reasons for which Allah has forbidden the Muslims from being friendly with the enemies of Allah and His Prophet. 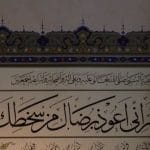 Answer:
REASONs FOR BEING UNFRIENDLY WITH DISBELIEVERS:
Allah has forbidden the Muslims from being friendly with enemies of Allah and His Prophet.
It happened when the Quraish broke the treaty of Hudaibiyah, the Prophet (peace be upon him) started making preparations for an invasion of Makkah, but he did not tell anyone, except a few close companions. At about the same time a woman arrived from Makkah,

Abdul Muttalib had been treacherous to Allah and His Messenger and the Muslims. This man had participated in the Battle of Badr hence forgiven. So Allah says not to be befriended since they are Allah’s and your own enemies.
Disbelievers drive you and Allah’s Messenger (PBUH) out of your homelands. They are against your beliefs and confront you regarding your greatest glory, i.e. belief in God Almighty as your gravest sin and crime as a consequence of which you have been driven out of your homeland by them. Thus, it would not be befitting had you expressed your affection toward them.

Q.3) How do the disbelievers behave towards the believers after gaining supremacy over them?

Answer:
After gaining supremacy over you, the disbelievers would show enmity through mistreating, slandering, and slaying them. Disbelievers intend that believers desist from believing and turn into disbelievers like them.
Allah states:
“If they were to gain supremacy over you, they would be your enemy and they would stretch out their hands and tongues against you with evil intention and they want you to disbelieve and reject the truth.”
If they gain the upper hand over you, they would use every type of harm at their disposal to hurt you in words and action, and they desire that you should disbelieve.
They are eager that you do not earn any good. Therefore, their enmity to you is outward and inward, so do not support such types of people.

Q.4) Which good example of Hazrat Ibrahim (Alaihissalaam) and his followers has Allah asked the Muslims to follow?

Answer:
There has been a good example for Muslims to follow in Prophet Ibrahim (AS) and that when they said unto their polytheist and disbelieving peoples that they dislike them and what they worship besides God Almighty. They neither recognize you as believers nor your beliefs as true beliefs. They dislike both them and their worthless beliefs.
They said that they would persist in their denial until they believe in the One God and thereby expressed their dislike of Allah’s enemies with utmost decisiveness and assertiveness declaring that such separation was irrevocable for good unless they changed their course and convert to monotheism.
They severed all their ties with the disbelieving people and refrained from expressing and affectionate words with them, except for Abraham’s (AS) promise to his father, to the effect that the Prophet (AS) would ask forgiveness for him from God Almighty, though God Almighty is the Oft-Forgiving and he failed to do anything but invoking Him for forgiveness.
Prophet Ibrahim’s(AS) request for his father’s forgiveness was only because of a promise he made to him.But when it became clear to him that he was an enemy of Allah, he dissociated himself from him.

Q.1) Which disbelievers have Allah allowed the believers to do good and justice to?

Answer:
Allah allowed believers to do good and justice to those who did not fight you on the account of your faith nor did they drive you out from your homes.
Justice demands that you should not be hostile to those who are not hostile to you.
Muslims adopt a stern attitude towards Those who persecuted you for embracing Islam and compelled you to leave your homes and pursue you even after your expulsion.
But as for those who were not partners in persecuting you, you should treat them well and should fulfill the right they have on you.

Q.2) What has Allah commanded the believers about the believing women who have taken refuge in Madinah?

Answer:
Allah has commanded the believers about the believing women who have taken refuge in Madina as:
1. EXAMINE THE WOMEN:
When believing women come to you as refugees, you should examine them that whether they are real believers or not.
Ibn ‘Abbas is quoted as saying that they were examined by being asked to take an oath to the effect that their emigration had not been owing to hatred against their husbands nor liking for the new land nor for any other mundane goal but they had emigrated solely for the sake of the Islamic faith. The woman in question took the oath.

2. DO NOT SEND THEM TO DISBELIEVING MEN:
If you come to know about them that they are really believers, then do not send them back to the disbelieving men.
When their faith has been ascertained and thereby there are recognized as true believers, they are not supposed to be returned to disbelievers. According to the imposed treaty of Hudaybiyya, Muslims emigrating from Makkah to Madina were supposed to be returned to Makkah, but it do not include women. Thus, the Noble Prophet (PBUH) never returns them to disbelievers since women were extremely weak in that society, and returning them unto believers is quite perilous.

3. PAY THE DOWERS:
Pay the dowers to the disbelieving husbands that they spend on their believing women. Thus, Allah’s Messenger (PBUH) has reimbursed the dower should be paid by their husband and the other expenses borne by them.
The right of the disbelieving husband is not ignored but the dowers and other expenses borne by him are reimbursed from the Muslim public treasury (Bayt al-mal)

4, MARRY THEM:
Marry believing women on the payment of their dues (dowers).
There is no sin on your part if you marry such women when you pay their dowers. Even though such women have already received their dowers from their former husbands and the money has been reimbursed to them, but the new husbands are supposed to pay the bridal gift to respect the believing women.

Q.3) State the points on which Allah has asked the believers to put the migrating women under the oath of allegiance. 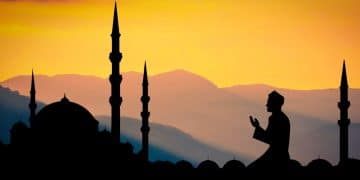