Can an electron at rest be set into motion with a magnetic field?

No, the magnetic field only influences the direction of a moving charged body. At rest, only an electric field is associated with the charge. Hence, an electron at rest will not be influenced by a magnetic field.

Which is more likely to show deflection in compass needle, AC current, or DC current? Explain.

A constant magnetic field is applied to a current-carrying conductor. What angle should the wire make with the field for the force to be (a) maximum, (b) minimum?

Why does a compass needle point North? 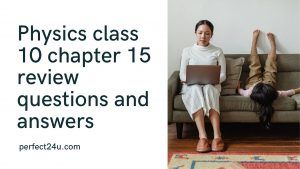 How can a magnetic field be used to generate electric current?

What would happen if we use a slip ring to drive a DC motor?

If we use slip rings instead of split ring the direction of the current in the coil remains the same after a half cycle. Due to which the coil will rotate in the opposite direction. The coil would oscillate (wobble) back and forth.

The primary coil of a transformer is connected to a DC battery. Is there an emf induced in the secondary coil? Why?

Q.1) Describe an experiment to show that the steady current carrying wire produces a magnetic field around it. What is the direction of this magnetic field?

Answer:
Magnetic Field due to a coil or solenoid:
When a wire is shaped into the loop or coil and steady current is applied through it. By applying the right-hand ode around a loop of wire carrying current, we see that the magnetic field around a loop of wire carrying current is in the same direction coming in and going out of the coil, forming north and a south pole like a bar magnet. Since the field lines cannot cross, the field lines are packed closer together inside therefore the field is stronger inside and weaker outside the coil.

To make a field having resemblance with the field of a bar magnet, a coil is shaped as a spiral (helix) called solenoid. When current is passed through a solenoid, a reasonably uniform magnetic field can be produced. This field is strong along the axis of solenoid and weaker outside. For a tightly wound solenoid, the field in the interior space is very uniform and strong. The field lines have a resemblance to those of a bar magnet, meaning that the solenoid effectively has north and south poles. To determine the direction we use right-hand rule II.

Q.3) Explain the force on a current carrying wire in a magnetic field.

With this experiment we can find that this force is directly proportional to the current flowing though the wire I, the magnetic field B, length L of the wire in the Magnetic field and sine of angle B between current and magnetic field. Thus. mathematically the force is

For SI units K = 1, therefore the equation that describes the force experienced by a current-carrying conductor in a uniform external magnetic field then becomes

The direction of force is determined by Fleming’s left-hand rule which is stated as:

Q.4) Explain the torque on current Carrying coil in a Magnetic field.

F2 = F4 = BILsin90o since sin90° = 1
Therefore F2 = F4 = Bla
If we view the loop from side 3 and sight along sides 2 and 4, we see the view shown in figure (b). The two magnetic forces F2 and F4 point in opposite directions such that they form a couple. If the loop is pivoted so that it can rotate about point 0, these two forces produce a torque that rotates the loop (in this case clockwise).

Construction:
A D.C motor consists of a rectangular coil, say abcd mounted on a spindle such that it can move easily between the two poles of a permanent magnet as shown in the diagram. On the spindle, a copper ring is fitted which is divided into two halves say s1 and s2. These rings are tightly held by two carbon brushes X and Y with the help of a spring. One end of the rectangular coil is fixed in s1 and other in s2.

Working:
Let when we switch on the current then at that time, coil abcd be in the horizontal position. The coil will start to rotate as we connect the carbon brushes to the battery. The current will start flowing in a different direction as shown in figures by arrows. According to Fleming’s left-hand rule, the force will act in an upward direction on side ab and on cd the force will act in the downward direction. As a result of these two forces of equal magnitude but opposite direction, a torque will generate and the coil will start to rotate. Rotation of clock will be in the clockwise direction.

Q.7) Explain the direction of induced emf and show its relation to conservation of energy.

Answer:
Direction of induced emf and conservation of energy:
Whenever there is a change of magnetic flux, there will be induced emf and current will flow in such a direction so as to oppose the cause producing it.
The induced current around a loop produces its own magnetic field. This field may be weak compared with the external magnetic field. It cannot prevent the magnetic flux through the loop from changing, but its direction is always such that it ” tries ” to prevent the flux from changing.
Consider pushing the bar magnet’s North pole into the loop, it causes the magnetic field to increase in the upward direction. To oppose the change, the loop itself needs to generate the downward-pointing magnetic field (acting as a magnet with its North Pole at the bottom which repels the North pole of the bar magnet moving towards it), as shown in figure (a).

Similar effects can also be observed with the south pole of a magnet pushed in and out of the loop figure (c,d). It is seen that the induced current sets up a magnetic field of its own. From the above discussion, it is clear that the motion of magnet is always opposed by the magnetic field generated from induced current. The mechanical energy spent in overcoming this opposition is converted into electrical energy.

If the induced current were in the opposite direction, the magnetic force would have accelerated it with no external energy source, even though electric energy would have been dissipated in the circuit. This would have been a clear violation of the law of conservation of energy, which doesn’t happen in nature.

Q.8) Sketch and describe the construction and working of AC generator.

Explanation and working:
An AC generator consists of three parts as follows:

In an AC generator, a rectangular coil is placed between two pieces of a very large permanent magnet. The two of these coils are connected to two circular rings which are further connected to two carbon brushes permanently as shown in the figure. When we supply mechanical energy to this coil then it will rotate and as a result, an induced emf will generate across its ends. As during the rotation of the coil, it will make different angles and this produced emf will be alternating emf and therefore the generator is called alternating current generator. And coil of the alternating generator is known as an armature.

Applications:
EMF which is generated from an alternating current generator is used for running different machines which in turn provide light to our house.

According to Faraday’s law of electromagnetic induction, due to this varying number of magnetic lines of force in the secondary coil, an induced current will be produced momentarily and hence the induced emf as well. This induced emf depends on the following factors:

Q.10) What are transformers? On what Principle it works? Also describe the purpose of transformers in AC circuits.

Answer:
Transformer:
A transformer is a very important application of electromagnetic induction.
“A transformer is an electronic device which converts a low voltage input to a high voltage output and vice verca”Schematic Diagram:

Construction:
It consists of two coils. Each coil is wounded on an iron core as shown in the above diagram. One of these coils is connected to some alternating current or emf source and is known as the primary coil. Another coil is called a secondary coil.

Working:
When we switch on the current the alternating current will start to flow through the primary coil and process of mutual induction will take place. As the core of the wounded wire is of iron, therefore, this iron core and the secondary coil will make the resulting field lines linkage to be strong. As due to changing magnetic field, the magnetic flux will alter through the iron core and hence will result in the induction of an alternating current in the second coil.

Mathematical Expression:
Transformer equation is given as,

Uses:
A transformer can be used for the transmission and distribution of the electric power from the grating plant to some distant industrial and other uses.

Q.2) A wire carrying a direct current of 10.0 A is suspended 5.0 m east between a house and a garage perpendicular to the Earth’s magnetic field of 5.0 x 10-5 T. What is the magnitude of the force that acts on the conductor?

Putting values, we get the turn ratio

(b) Using the above equation and putting values

Q.6) How many turns would you want in the secondary coil of a transformer having 400 turns in the primary, if it were to reduce the voltage from 220 V AC to 3.0 V AC?

Q.7) A transformer steps down a main supply of 220 V AC to operate a 12 V AC lamp. Calculate the turns ratio of the windings

Answer:
Given Data:
Voltage of secondary coil = VS = 12V
Voltage of primary coil = VP = 220V
To Find:
Turns ratio = NS/NP = ?
Solution:
As the transformer equation is given by, 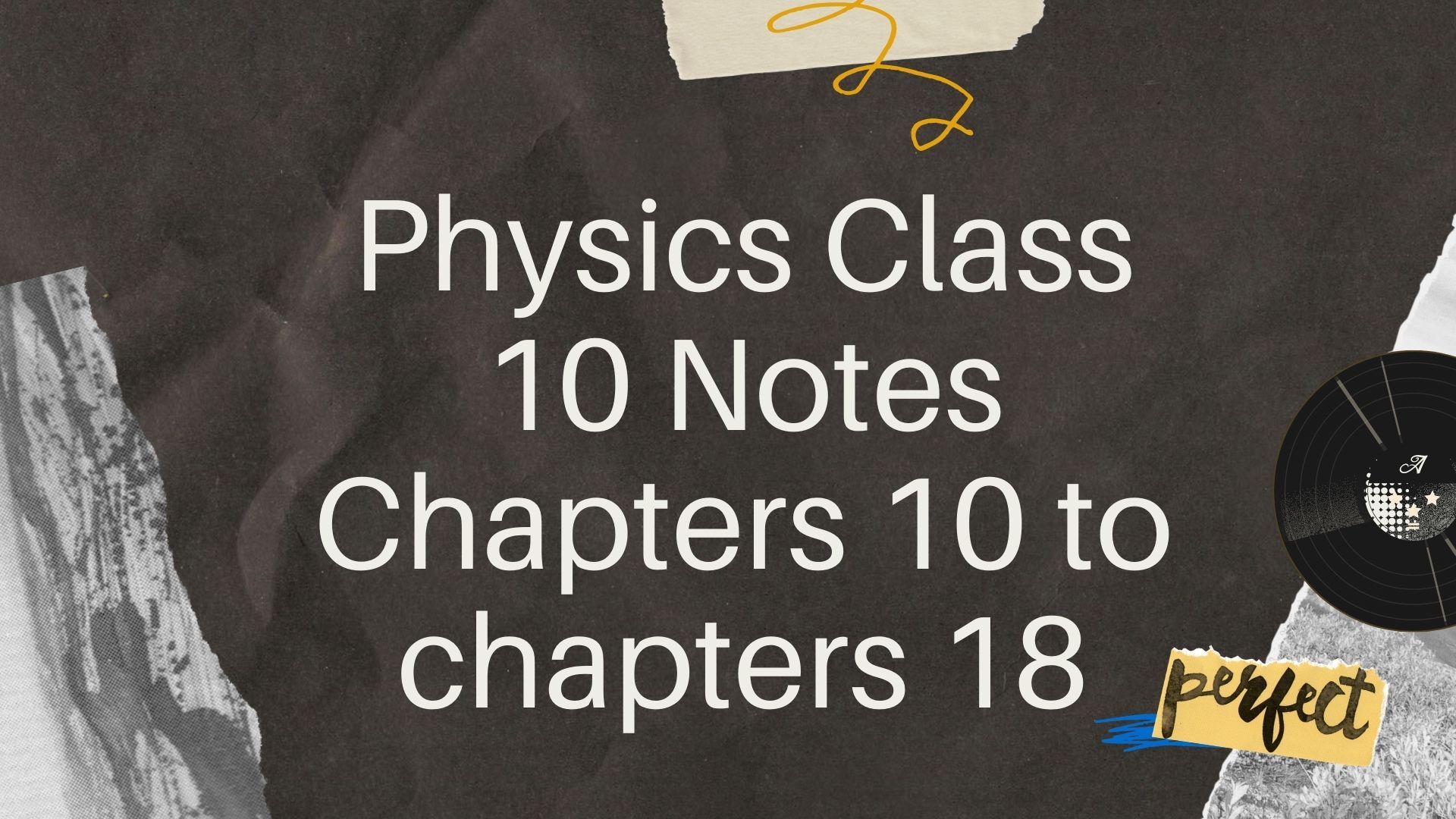