Islamiat notes for class 11 Introduction to Quran and Hadith

Introduction to the Quran and Hadith Islamiat notes for class 11 Khyber Pakhtunkhwa textbook board Peshawar class 11 English medium for 2021.

Introduction to Quran and Hadith

Q.1: What are the names of the Holy Quran? Write down the incident of the first revelation in detail.

The Quran is a Book of Guidance. The Holy Quran was presented to Prophet Muhammad (Sallallahu ‘alahiwa Salaam) through angel Jibreel alaihissallam. The Quran was given to Prophet Muhammad (Sallallahu ‘alahiwa Salaam) by Allah in the month of Ramadan. The Surahs, which lived revealed in Makkah, were named Makki surahs while the surahs, which were revealed in Madinah, were understood as Madani surahs.

DIFFERENT NAMES OF THE HOLY QURAN:

The only book among all the books in the world which deserve to be called a book is the Holy Qur’an.

Which can distinguish between truth and falsehood.

Which shows light and guidance.

Which can provide spiritual shifa and message of health.

A source of warning and advice.

A source of knowledge and vision.

Which explains every matter.

Similarly, Allah has described certain qualities of the Quran. For example:

When Hazrat Muhammad (S.A.W.) was forty years old the revelation of the Quran begun upon him. During this part of his age, he spent most of his time in solitude. He went to the Ghar-e-Hira for prayers. One day when he was busy in his prayers in the cave, Hazrat Jibraeel Ameen appeared at the cave and asked Hazrat Muhammad (S.A.W.) to read. The Holy Prophet told him that he was illiterate. This question and the answer were repeated three times. The fourth time Hazrat Jibraeel Amin seized the Prophet and pressed him and then released him. After this, he read these five verses of Surah Al-Alaq.

Write down the characteristics of Makki and Madani Surahs? 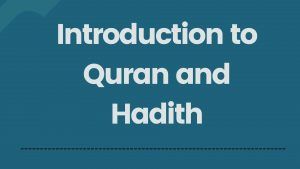 The Quran was revealed over 23 years of the lifetime of the prophet Muhammad (PBUH). Prophet Muhammad (PBUH) lived in Makkah for 13 years (610 – 622C.E.) and in Medinah for 10 years (622 – 632 C.E.). The prophet (PBUH) was 40 years old when the first surah was revealed in Makkah. The Surahs in the Quran are categorized in two ways; Makki and Medini. The Surahs that are revealed before Prophet Muhammad (PBUH) migrated to the Media are called Makki Surahs. [There is some difference of opinion about the definition of Makki and Madani Surahs. Makki Surahs are mostly revealed in the city of Makkah (some are revealed in Mina, Arafat, and other places). The other Surahs are called Madani Surahs.
Please read more pdf. 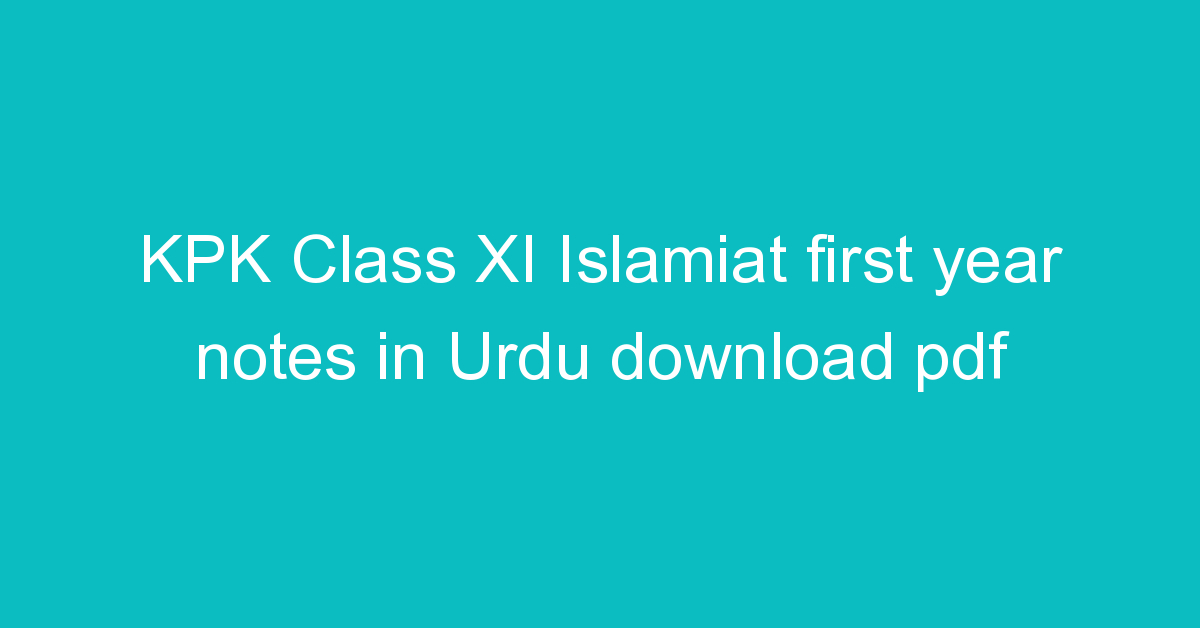 Islamiat notes for class 11 Uswah of the Holy Prophet