Answer:
Database:
Definition:
“A collection of information organized in such a way that a computer program can  quickly select desired pieces of data is called database.”
It is an electronic filing system. The database can be easily accessed, managed and updated. It can be classified according to the types of content: bibliography, full-text numeric and images, any type of data can be managed in database.
DBMS:
Abbreviation:
DBMS stands for Database Management System.
Definition:
“A a collection of programs that enables user to store, modify and extract information from a database is called DBMS.”
There are many different types of DBMS. There are small systems that run on personal computers and also huge systems that run on mainframes.
Examples:
There are some examples of database applications:

ii) Give three examples of data and information.

Answer:
A file system is a method for storing and organizing computer files and the data they contain to make it easy to find and access them.
Some disadvantages of file management system are as follows:

iv) Give any four advantages of database system

Answer:
There are several advantages of database system over file system. Few of them are as follows:

v) Differentiate between DDL and DML.

Answer:
The difference between DDL and DML is as follows:

vi) What is data model?

Answer:
A data model normally consists of entity types, attributes, relationship, integrity rules and the definitions of those objects. Data model defines how data is connected to each other and how they are processed and stored inside the system. It is used as the start point for interface or database design. Different data models are as follows:

vii) Differentiate between cardinality and modality.

Answer:
The difference between cardinality and modality is as follows:

viii) What   is primary key and foreign key?

ix) What  is Relation?

Answer:
Relations are tables with rows and columns in database. There is a difference between a simple table and a relation that a table can have duplicate rows but a relation cannot contain duplicate rows.
Each row is called a tuple or record and each record is identified by a attributes or fields containing a unique value. Every table shares at least one field with another table in ‘one to one’, ‘one to many’ or ‘many to many’ relationships. Because of these relationships a user can access data from database.

x) What is the role of DBA?

Answer:
DBA (Database Administrator) is a person or group in charge, for implementing DBMS in an organization. Database Administrator’s job requires a high degree of technical expertise and ability to understand and interpret management at a senior level.
Some other responsibilities of DBA include:

Answer:
Database Models:
Database systems are based on different data models or database models respectively. A data model is a collection of concepts and rules for the description of the structure of the database. Structure of the database means the data types, the constraints and the relationships for the description or storage of data respectively.
The most often used models are::

Network model:
Network model is similar as hierarchal model but it is different from that in one aspect. In networks diagram, arrow heads appear at the end of every entity joining line, means that one entity participate in  many subordinate relationships at the same time. Therefore, much more complex diagrams are used to represent the structure of the database. Networks provide more flexibility than a simple hierarchal system in the data relationships may be maintained.

ii) What is SQL? Explain its types.

Answer:
Steps of planning a database:
In order to design a proper and perfect database, its process is divided into several steps. These are as follows:

iv) What is the relation? Explain the degree of relationships with examples.

Answer:
Relation:
In database the data need to be organized into tables also called relations so that redundancies don’t occur. A database table is similar in appearance to a spreadsheet, in that data is stored in rows and columns. An entity is a unique identifier in a table, which is composed of a combination of one or more attributes, and each attribute must have one and only one value. Entity can be defined as ; “Anything about which we want to keep information in the database”.
Degree of relationship:
Relationship is a meaningful association between two entities. It is the situation that exists between two entities. It is represented by a diamond symbol:

iii- Ternary relationship:
A ternary relationship occurs when three entities are participating in the relationship.  For example, an institution wants to record which teacher  taught which subject in which courses, as shown in figure below. Relationship ‘CST’ here represents ‘Course, Subject and Teacher’.

v) What is ERD? Draw an ERD for the following systems.
a) Hospital management system
b) Airline booking system

Answer:
ERD:
An ERD stand for Entity Relationship Diagram is used to represent the requirement analysis at the conceptual design stage. The database is designed from the ER Diagram or it can be said that ERD is converted into database.
Each entity in the diagram corresponds to a table in the database.
The attributes of an entity correspond to fields of a tables.
The ER Diagram is converted to the database.
a) ERD of Hospital Managwement system
ERD of hospital management system is given below:

Above ERD of  airline booking system consists of all those entities which are involved in booking system of airline and their respective attributes are also mentioned here.

Answer:
Transformation of E-R Model into relational schema:
a.    Transforming Entities to Relational Schema:
Each entity is converted by a table or a relation. Each table has name similar as of entity. Each table has a number of rows and columns. Each column shows an attribute. Each row contains data of different columns combine to make a record or tuple.
b.    Transforming attributes to relational schema:
Each column represents an attribute also called field of table. For example, if student is an entity than name, age, marks, roll_no will its attributes which are shown by columns in a table. Figure below shows the transformation of attributes into columns.
c.    Transforming Relationships to Relational Schema:
The relationships of E-R diagram must also be shown in relational schema. The representation of schema depends upon the nature of relationship. Usually, it is represented by creating primary key in one relation and representing it as foreign key in another relation.

The above figure shows transformation of ERD model into Relational Schema i.e. into a relation / table. The ERD has four entities which are transformed into four columns of table.

Answer:
Normalization:
Normalization is the process in database which reduces redundancies of data. It will make data more simple and easy for users to understand it by removing complexities from data. This technique is used while designing a database. Database is implemented only if it is in normalized form because otherwise it creates a lot of errors.
Normal forms:
Data is normalized in several steps, those are called normal forms (NF). Different types of dependencies are removed in these normal forms. The normal forms are:

Normalization is achieved when data is in 3NF. Consider an example of the student table:
STUDENT:

The table above is not normalized as one advisor has two classes stored in same row. It shows repeating groups. Now we will apply normalization on this table:
First Normal Form: (1NF)
1NF can be defined as:
“A relation R is in First Normal Form if and only if all underlying domains contain atomic values only.”
STUDENT:

The above table is now in 1NF.
Second Normal Form: (2NF)
2NF can be defined as:
“To be in 2NF, a relation must be in 1NF and every non-key attribute must depend on the key and all parts of the key.”
In 1NF the multiple Class# values for each Student# value was shown in Student table. Class# is not functionally dependent on Student#, which is a primary key. So, in 2NF ,Class# is moved to another table called Registration table, as shown below.
STUDENT:

Now the tables are in 2NF.
Third Normal Form (3NF):
Definition:
“To be in 3NF, a relation must be in 2NF and non-key attribute must not depend on any other non-key attribute.”
When a relation is in third normal form, then the data will be in consistent state.
In 2NF Adv-room( the advisor’s office number) was functionally dependent on the Advisor. The solution is to move that attribute from student table to faculty table. This has been done in tables below:
STUDENT:

Now  the data is in 3NF and there is no redundancy in it. 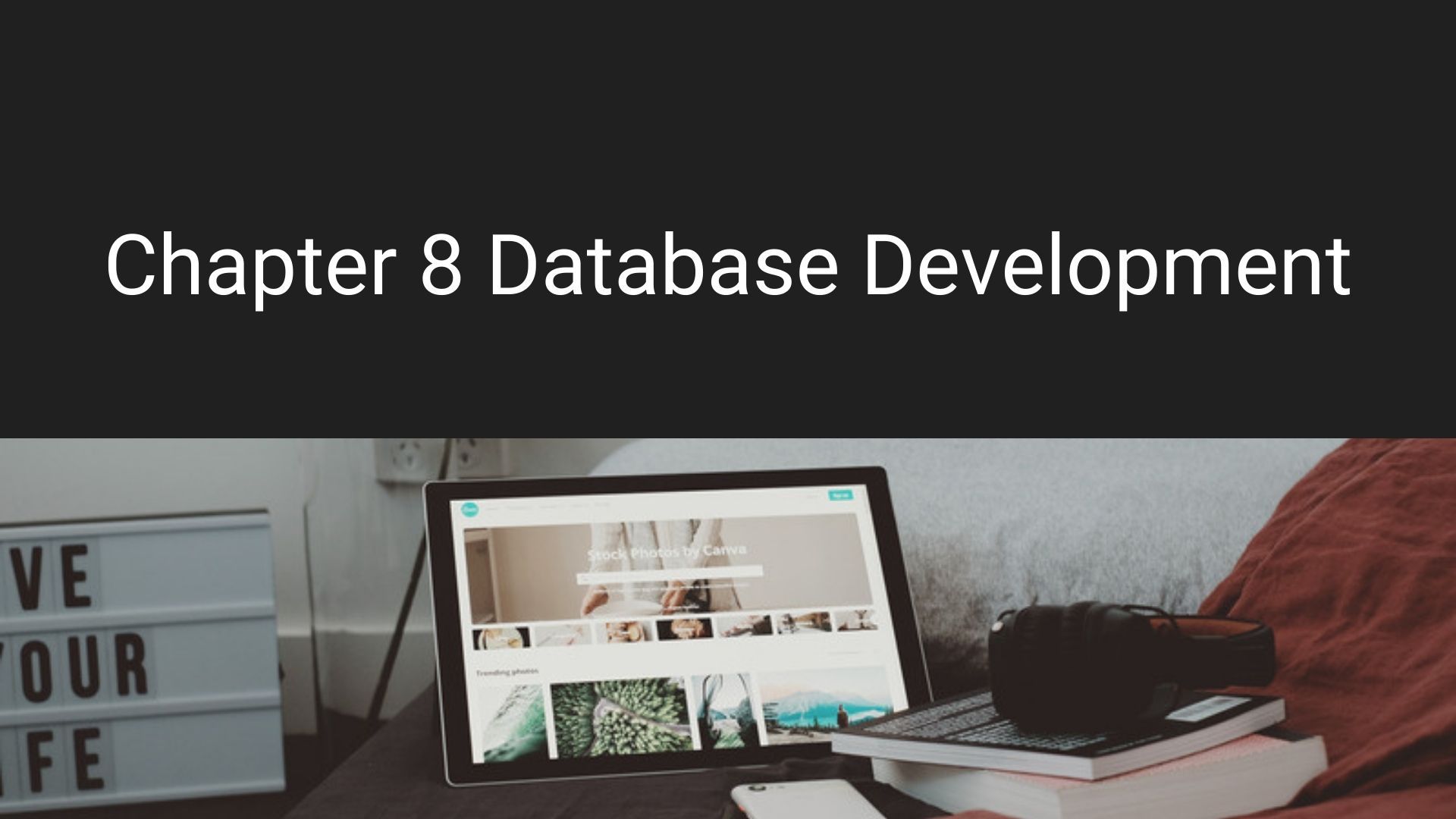