Q.2 Give short answers to the following questions.

i. What is Radio Transceiver?

Answer:
A radio transceiver is a device which comprises both a transmitter and a receiver which is combined and share common circuitry or a single device. It can perform both functions simultaneously so, it is a full duplex device. The cable to which it is connected provides separate pathways for sending and receiving the data.

Answer:
A Hotspot is a wireless LAN node that provides internet connection access from a given location. For example, business travellers with a WIFI device (a laptop or mobile) can look up for a local hotspot, contact it and get connected through its network to reach the internet and their own company remotely with a secure connection.

iii. What does IEEE stand for?

Answer:
IEEE stands for Institute of Electrical and Electronics Engineer.
It is an organization composes of engineers, scientists and students. All LAN standards are provided by IEEE

iv. What is meant by line of sight communication?

Answer:
Line of Sight (LoS) is a type of propagation that can transmit and receive data only where transmit and receive stations are in view of each other without any sort of an obstacle between them. Some of the examples of LoS are FM radio, microwave and satellite transmission.

Answer:
The difference between short and long distance wireless communication is as follows:

Answer:
GPS stands for Global Positioning System (GPS) is a satellite-based system that is used to locate positions anywhere on the earth.  This system is operated by US Department of Defense (DoD). GPS provides continuous (24 hours / day), real-time, 3-dimensional positioning, navigation and timing worldwide.
The GPS system consists of 24 satellites. Any person with a GPS receiver can access the system and it can be used for any application that requires location coordinates.

vii. What is Wireless Markup Language?

Answer:
Wireless Markup Language (WML) is a XML based markup language designed to describe content and format for presenting data on limited bandwidth devices such as cellular phones and pagers. It provides a tool to make web pages accessible from handheld, wireless devices.

viii. What   is Wireless Application Protocol?

Answer:
Wireless Application Protocol commonly known as WAP is used to enable the access of internet in the mobile phones or PDAs. WAP is an international standard for the devices that use the wireless communications. Use of internet is necessary today but we cannot have access to our personal computers all the time to connect to the internet especially when we on the way and we want to check out email. In the situations like this WAP comes in handy. If we are carrying WAP enabled mobile phone or PDA, then we can use WAP services on that i.e. web surfing, after configuring WAP setting from our concerned wireless carrier.
For the full use of WAP in our device, we need certain applications. First thing is WAP browser, which is used to access different websites. Second is instant messenger for chatting like Skype, YAHOO etc. All these applications are by default enable in all devices now a days.

Answer:
A web service implementation depends on technologies often organized in a layered stack. The implementation itself defines a standard protocol for each technology layer, each layer depending on the layers appearing in the stack.
A web service protocol stack is an evolving set of protocols used to define, discover and implement web services.
The protocol stack consists of four layers:
1.      Transport protocol
2.      Messaging protocol
3.      Description protocol
4.      Discovery protocol

i. What are the advantages and disadvantages of wireless networks?

Answer:
Wireless networks are used as an alternative to cable and fiber optic networks. The aim of wireless technology is to remove the expensive and huge cables used for connectivity. Wireless networks have various advantages and disadvantages. Some of them are as follows:

Wi-Fi:
Wi-Fi stands for Wireless Fidelity. It is a wireless networking technology that uses access point or router to broadcast a signal. It uses IEEE 802.11 wireless standards developed by the Institute of Electrical and Electronic Engineering (IEEE).
If the desktop computer or laptop does not have wireless, it requires a wireless adapter to connect to the wireless network to create hotspots. Wireless adapter translates data sent into a radio signal. This same signal will be transmitted via antenna to a decoder known as router. Once decoded, the data will be sent to the internet through a wired Ethernet connection.
Wi-Fi technology uses radio waves to provide network connectivity. It is compatible with almost every operating system, game device and advanced printer.

WiMax:
WiMax stands for Windows Interoperability for Microsoft Access. WiMax is a standard technology for providing internet access and multimedia services to at very high speed. It uses IP addresses for wireless broadband and provides similar working as of Wi-Fi. It provides coverage to cellular networks as like Wi-Fi.
WiMax uses IEEE 802.16 standard for communication. It provides broadband wireless access in the range of 30 miles or 50 Km for fixed stations and 3-10 miles or 5-15 Km for mobile stations.
It provides wireless data transmission by various transmission methods like portable or fully mobile internet access via point to point multipoint links. Speed of WiMax technology is 72 megabits per seconds.

Bluetooth:
Bluetooth is a low power microwave wireless link technology. It has high speed. It is designed to connect portable equipment like phones, laptops, PDAs etc. It does not require line of sight positioning like infrared to connect devices.
Bluetooth is known for providing connectivity between non network devices like laptops, mobile phones, telephones, fax machines, PCs, Printer, GPS receivers, digital photo camera and video game controllers. Its data transfer speed which is documented is 1Mbps but in real use it is much lower than this.
It can transmit wireless signals in the range of 30 feet (10 meters). Bluetooth is also called piconet or PAN. Piconets contain a minimum of two and a maximum of eight Bluetooth peer devices.

a. Cellular communication:
Cellular systems are widely used today and cellular technology needs to offer very efficient use of the available frequency spectrum. Billions of mobile phones are using cellular technology today. Cellular technology provides connectivity even at the places where wired networks are unreachable.
The area of cellular network is divided into cells and multiple low power transmitters are used to specify the cell. Each cell is served by its own antenna. A band of frequencies is allocated to cell base station where transmitters, receivers, and control unit are situated. Other cells contain different range of frequencies to avoid interference but the cells at quite distant places can use frequency band. This is called frequency reuse which is the heart of cellular communication.
In early FM radio technology, there was no concept of frequency re-use and a large area was covered by an antenna mounted on a tall tower. There was no concept of frequency reuse and also there was no interference then but it limits the user capacity.
Frequency reuse concept in cellular communication has increased the user capacity and interference of signals is also avoided in it.

b. Global Positioning System (GPS):
GPS systems are extremely useful and can be found in almost any industry sector. It is made up of 24 satellites placed into orbit by the US Department of Dense (DoD). They can be used to map forests, help farmers harvest their fields and navigate airplanes on the ground or in the air. GPS systems are used in military applications and by emergency crews to locate people in need of assistance. GPS technologies are often working in many areas that we do not normally consider.
Global positioning system applications generally fall into 5 major categories:

1. Geostationary Earth Orbit (GEO):
GEO is a circular orbit 35,786 kilometers above the Earth equator and it follows the direction of the Earth’s rotation. An object in such an orbit has an orbital period equal to the Earth’s rotational period and thus appears motionless at a fixed position in the sky, to ground observers.
Its orbital speed is based on the distance of the planet and because of this only one orbit can be geostationary. This orbit is at 22,000 miles from the surface of the earth. One geostationary orbit cannot cover the whole earth. It is line of sight connected with a number of stations but the earth rotation keeps most of the stations out of sight. Minimum of three satellites situated at equal distances from each other in GEO can cover the whole earth to provide global transmission. These three satellites are 120o from each other in geosynchronous orbit around the equator.

2. Medium Earth Orbit (MEO):
MEO satellite is an orbit within the range from a few hundred miles to a few thousand miles above the earth surface. These satellites are lower than geostationary satellites and higher than lower earth orbit satellites. MEO is used in telecommunications.
MEO satellites complete their orbit in about two to 12 hours. MEO’s are mainly used in GPS and travel in constant speed.  MEO satellites are closer to the earth that’s why earth based transmitters with relatively low power and small size antennas can also able to access the system.

3. Low Earth Orbit (LEO):
LEO is satellite system used in telecommunication. It has orbit between 400 and 1,000 miles above the earth’s surface. They are used mainly for data communication such as email, video conferencing and paging. They move at extremely high speeds and are not fixes in space in relation to the earth.
LEO telecommunication systems provide undeveloped countries with the ability to acquire satellite telephone service in areas where cellular communication is not possible.

v. What are the Requirements of a bile Communication System?

Answer:
Requirements of the mobile communication system:
Different components work together to provide mobile service to subscribers. These components are as follows:

PSTN connects telephone and other communication devices on worldwide basis. It is made up of local networks, the exchange area network and long haul networks.

3. Cell Site:
Cell site is the physical equipment that provides coverage within a cell. Some hardware equipment is located at cell site which includes power sources, interface equipment, radio frequency transmitters and receivers and antenna systems.

4. Mobile Subscribers Unit (MSU):
MSU consists of a control unit and a transceiver. Transceiver is used to transmit and receive radio transmissions to and from a cell site.

6. Base Station Subsystem (BSS):
BSS is used to connect MS and NSS through radio interface. BSS contains base transceiver station (BTS) which is located at antenna site and a base station controller (BSC). Speech encoding and decoding is carried out by rate adaptation unit for transmitting data.

vi. Give important features and limitations of Mobile Communication System. 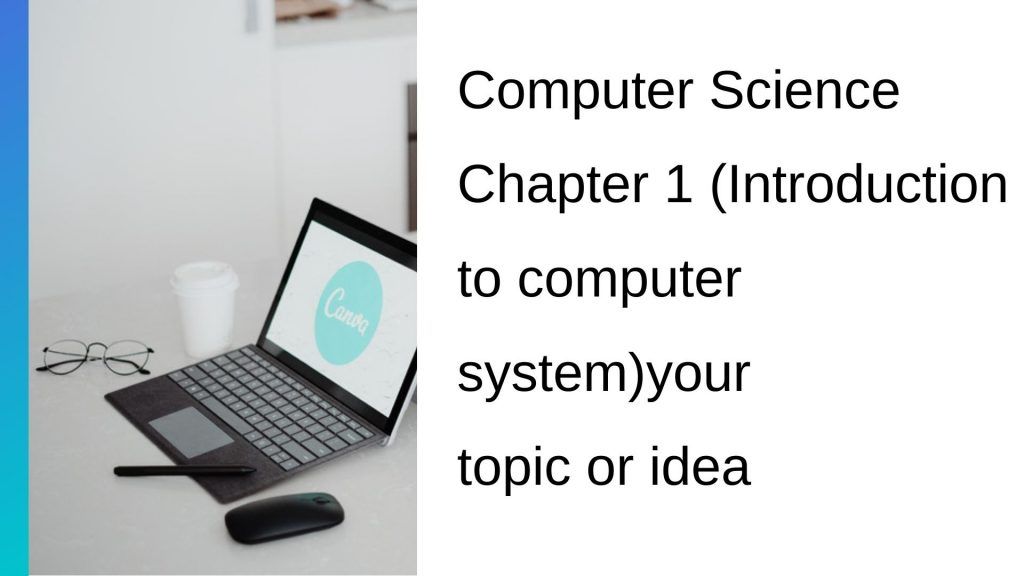 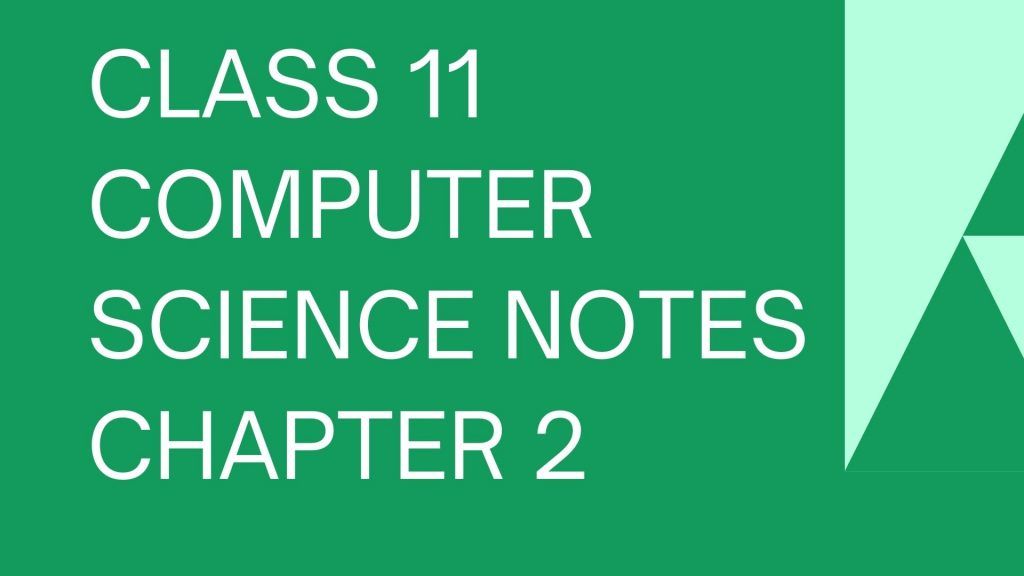 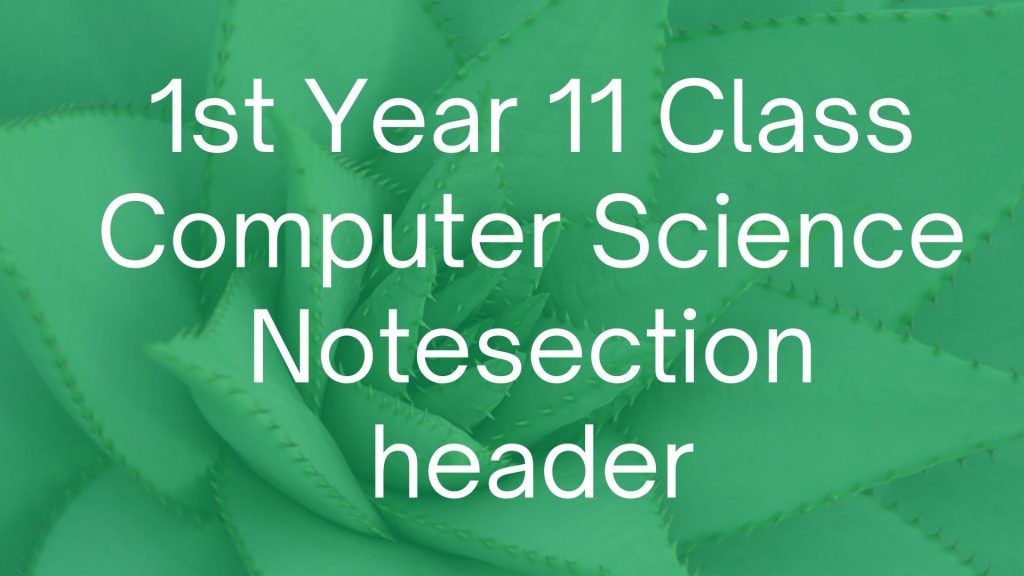