Q 1. This poem is structured as follows:

• In the first stanza, the speaker (who is the speaker by the way?) tells us what he loves to do in the summer morning (remember, summer in England is the most pleasant season of the year — like the months of March and April in Pakistan);
• In the second stanza, the speaker says that going to school spoils all the joy since they have to spend their day under a cruel eye (whose cruel eye?);
• In the third stanza, the speaker laments that later he has to spend many anxious hours — in doing what?
• In the fourth stanza, the speaker considers himself a caged bird, not allowed to sing and enjoy freedom and deprived of enjoying his youthful spring;
• The fifth stanza is an appeal to parents, and the speaker asks a series of rhetorical questions continued through to the end. In short, the poem moves through three stages: (1) what the speaker enjoys to do in the mornings in summer, (2) what he is forced or obliged to do, and (3) his appeal to parents that he should be allowed to enjoy his youth.

Answer:
Note: It’s just a description of the poem. No question to be attempted.

Q 2. In English poetry, the SPRING season is usually a symbol of birth or re-birth, SUMMER a symbol of bloom or youth, AUTUMN, a symbol of old age or decay, and WINTER and snow, a symbol of death. What do you think the speaker means by “the blasts of winter appear” in the last line of the poem?

Answer:
The speaker William Blake basically depicted the life story of a schoolboy who wants to enjoy his youth to the maximum. By using the expression “the blasts of winter appear”, the speaker is referring to the smooth transition of a season from autumn to winter. When every natural object begins to change, the dry autumn winds become more violent with the touch of cold in them restricting the outside sports and games activities of the children. The chilly winds of winter swiftly blow away all the joys and happiness from a child’s life.

Q 3. Identify one-word metaphors for “youth”, “freedom”, and “instruction” in the poem.

Q 4. Make a list of all the adjectives used in the poem. Which nouns do they qualify?

Q 5. In stanza one, there are two words, hunts+man and sky+lark, which are called compound words. Can you think of five such words?

Q 6. The word ‘youthful’ (an adjective) occurring in the fourth stanza is a  combination of’youth’ (a noun) and ‘ful’ (a suffix). Can you think of five nouns that can be changed to adjectives by adding ‘ful’ at the end?

Answer:
School life is one of the significant parts in the life of any learned individual as it has the potential to leave everlasting marks on the track of a person’s life. It depends on an individual’s experience at school; it can be as joyful as a lark or can be as still and tedious as a pond.
During my school life, I had the same experience as it is presented by the poet in the poem but the only difference was of the season. Being a resident of Pakistan summers are not as joyful as spring.
It was just the beginning of a bright spring season when we had to start our new grade classes. Although it was quite an exciting time in the life of every student as he was climbing up the ladder of his studies but on the other hand, the thought of being in school when flowers were blooming in the garden was a distressing thought. Every little soul wants to enjoy under the pleasing shadow of trees full with the tender green leaves and experience the cool breeze of spring soaked in the sweet fragrance of fresh flowers. Children want to play outdoor games as winter season bound them in the four walls of their homes like an innocent bird in a cage. Some have a desire to make the sky bright and colorful with their kites.
But alas we have to attend school as our parents want us to study and become a learned person in our future life so being obedient kids we have to listen and follow the instructions of our parents by slaughtering our desires on the altar of parent’s will and school’s schedule.

Q 8. Now that you have understood the poem, make a paraphrase/ explanation of it in your own words.

Answer:
The idea of the poem is simple and easy to understand. It beautifully represents the feelings and emotions of a child who consider school a sort of a prison where he has to spend a number of hours away from his home and family in the dazzling summer season with no games and leisure activities.

Stanza 1:
In the first stanza of the poem, the poet is in the persona of a school going boy. A boy, who loves to wake up all fresh at the breaking of summer dawn to enjoy the cheerful voices of the birds and the songs of skylark that are also welcoming the outbreak of a new day. He wants to hear the horn of the huntsman who is also fresh and energetic to find his hunt. He has a strong aspiration to enjoy this exhilarating moment to the fullest.

Stanza 2:
The poet further says that the boy doesn’t want to go to school on such a lovely day. He knows it quite well that as soon as he enters the school all the pleasantness of the day would be gone. He has to bear the watchful eye of his master who always glances at his pupil with cruelty. He shows no sympathy towards his students who have a longing to have fun and enjoyment under the alluring sunshine. The learners have to spend all the day in anxiety with gloomy mood.

Stanza 3:
In the third stanza, the poet says that the students sit worn out as they know it that till off time they have to spend time willingly or unwillingly at school. They all are waiting for the bell to ring that put an end to the exhausted hours.  Although, they have to read and learn but they find no pleasure in doing any of the activities that add to their boredom. They are not allowed to sit under the pleasant shady tree with the scent of fresh blooming leaves to relax but it is obligatory for them to spend long tiring hours at school.

Stanza 4:
Coming towards the next stanza, one can easily sense the mindset and emotions of the boy who wants to enjoy freedom. He is thinking about a bird that is blessed with wings to fly and has the ability to touch the sky but unluckily it is trapped in a cage. What a pity it is? He is sympathizing with the bird that is singing in a heartbreaking tone. He resembles boy’s youth with the trapped bird. His point of view is that it is very difficult for a boy to sit in an irritating school environment forgetting his youth and pleasure activities.

Stanza 5:
In the fifth stanza, the boy is addressing his parents and asking a thought-provoking question from them that if someone cut the newly born buds or remove the leaves from the plants in the spring season, how such lively colorful creatures of nature would enjoy and take pleasure in the springing day? He explains that all this happens just due to the careless attitude of mankind towards the liberty of other creatures of the world. How easily they kidnap any other creature in the net of their own will as school traps learners under the umbrella of its tediousness without showing any mercy.

Stanza 6:
In the last stanza of the poem, the innocent boy again throws light on the sensitive issue of freedom that if the above-mentioned activities are carried out by the human beings on regular basis, how we would be able to get fruits. Similarly, if children are forced to go to school to spend a number of precious hours there on a bright summer day, how they would show the positive result to their parents.

Name the Prepositions in the following sentences, and tell the word which each governs:

1) Little Jack Horner sat in a corner.
2) Old Mother Hubbard, she went to the cupboard.
3) The lion and the unicorn fought for the crown.
4) Humpty Dumpty sat on a wall.
5) Wee Willie Winkie runs through the town.
6) She sat by the first, and told me a tale.
7) Rain, rain, go to Spain and never come back again.
8) A fair little girl sat under a tree.
9) Such a number of rocks came over her head.
10) John Gilpin was a citizen of credit and renown.
11) “Will you walk into my parlor?” said the spider to the fly.
12) Into the street the piper stepped.
13) I can never return with my poor dog Tray.
14) I have worked and sang from morn till night.
15) They all ran after the farmer’s wife, who cut off their tails with a carving knife.
16) One day the boy took his breakfast and ate it by a purling brook which through his mother’s orchard ran.
17) Old John with white hair, does laugh away care, sitting under the oak, among the old folk.
18) They rise with the morning lark and labour till almost dark.
19) By the nine gods he swore.
20) Under a spreading chestnut-tree the village smithy stands.
21) He goes on Sunday to the church and sits among his boys.
22) I bring fresh showers for the thirsty flowers from the seas and the streams.
23) Her arms across her breast she laid.
24) Mine be a cot beside the hill.
25) Around my ivied porch shall spring each fragrant flower that drinks the dew.
26) One crowded hour of glorious life is worth an age without a name.
27) I tried to reason him out of his fears.

Distinguish the Prepositions from Adverbs in the following sentences:

Form sentences to illustrate the use of the following words (1) as Preposition and (2) as Adverbs:-Behind, up, by, along, in, about, beyond, under, before, after.

beyond: Few people are supposed to live beyond the age of a hundred.    (As Preposition)
From the top of the hill, we could see the road and the forests beyond.       (As Adverb)

Explain the force of the Preposition in: 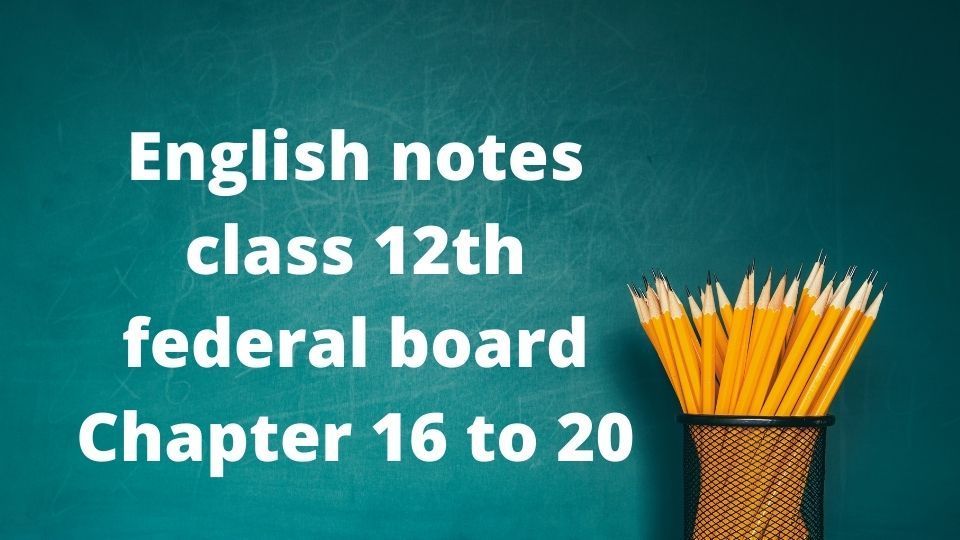