i. What was the time when the boy tried to snatch the purse of the woman?

Answer:
The boy, Roger, snatched the purse of the woman at “about eleven o’ clock at night”.

ii. What happened to the boy when he tried to snatch the purse?

Answer:
When Roger, the boy tried to snatch the purse from the woman, the strap of the purse broke as he pulled it. His own weight combined with the weight of the purse made him lose his balance as a result of which he “fell on his back on the sidewalk” and his “legs flew up”.

iii. What was the reaction of the woman?

Answer:
When the incident occurred, the woman turned around and kicked the boy on his back in anger. Then she picked him up by his shirt front and “shook him until his teeth rattled”. However, when he apologized later she dragged him home but treated him with love and kindness as she asked him to wash his face, served him dinner and some money. This treatment of hers made the boy ashamed of his wrongdoing.

iv. What was the conduct of the people when they saw the incident?

Answer:
The conduct of the people passing by was kind of indifferent; they were silent spectators of the incident. Two to three of them passed by, while some “stopped, turned to look”   and  others “stood to watch”

v.  How did the boy look physically?

Answer:
The boy looked as if he was fourteen or fifteen years old. He has been portrayed as a”frail and willow wild” boy wearing blue jeans and tennis shoes.

vi. What was the condition of the boy when the woman gave him a few jerks?

Answer:
The boy was nervous when the woman gave him a few jerks.”Sweat popped out on his face and he began to struggle”. After giving him a few jerks, Mrs. Jones put a nelson around his neck, so he was terrified that she is going to send him to jail.

vii. Why did the woman ask the boy to wash his face?

Answer:
The woman asked Roger to wash his face because she considered him like his son and wanted to make him look presentable. She wanted to reform his personality by teaching him the principles of health and hygiene and good conduct.

viii. Why didn’t the boy run from the house of the woman?

Answer:
The boy did not run from the house of the woman because the polite and motherly attitude of Mrs. Jones made him realize that she was a kind-hearted lady. Moreover, she had trusted him and he did not want to be mistrusted.

ix. Why didn’t the woman watch the boy while preparing a dish?

Answer:
The woman didn’t watch the boy while preparing a dish because she wanted to indicate that she trusted him. She did not pay attention to the boy deliberately as she had realised that her polite treatment and trust will bring out a positive change in the thoughts and will reform his character.

x. What was the nature of the woman’s job?

Answer:
Mrs. Jones told the boy that she worked in a “hotel beauty shop that stayed open till late” at night. She offered hair dressing services to all the different kinds of women including “blonds, redheads and Spanish” who came there.

Q 4. Answer the following questions in 100-150 words.
i. Write the incident in your own words.

Answer:
On her way back from work late at night, a woman encountered a boy who attempted to snatch her purse. However, he lost his balance and fell on the pavement. She kicked the boy from his back and pulled him up from the front of his shirt. The fourteen to a fifteen-year-old weak boy wearing a blue shirt and tennis shoes got frightened and apologized her. When she inquired if there was anyone in his family to tell him to wash his face, he responded in negation.

The woman put a half-nelson about his neck and dragged him to take him to her house in order to have him wash his dirty face and on their way, she scolded him for attempting to steal her purse. He revealed that he made the attempt of robbery in order to buy blue suede shoes.

Not only she directed him to wash his face, but also prepared them a meal while she left the purse near him. The boy neither took the money from it nor did he run as he found her to be a kind-hearted lady and did not want to be mistrusted. While they ate the cake, he told her about herself and taught him good manners. She gave him ten dollars to buy the shoes he wanted at which he could only thank her as he fell short of words for the polite treatment of the lady and promised to behave well.

ii. What was the effect of the behaviour of the woman on the boy?

Answer:
The polite yet reformative behaviour of the woman left a remarkable impact on the boy’s personality. He was clearly impressed by the polite treatment and good conduct of the woman and promised not to misbehave ever again. Even though he got the opportunity, the boy did not steal the money or run away from her home because he “did not want to be mistrusted” again.

By the end of the story, the boy became a new person altogether which was the result of the lady’s counseling and courteous manners that left an imprint on his mind. He could be expected to be a good citizen aware of moral and ethical principles and good manners now which was a result of the positive influence that the woman left on him.

iii. Why did she treat the boy nicely in her home after punishing him in the street?

Answer:
The woman treated the boy nicely in her home after punishing him in the street because she wanted to teach him good conduct as well as moral and ethical principles of life. In order to do achieve her noble purpose, she had to appear like a role model for him.

Her strategy was successful apparently as he was impressed by the kind-hearted woman’s courtesy and her polite manners by the end of the story. She gave him the punishment of his crime; not only she kicked him on his back but also dragged him. In order to teach him a moral lesson, she had to create a balance between motherly love and punishment as extreme punishment could bring more negativity of character and stubbornness in his attitude.

She wanted to reform his conduct in a constructive manner so she treated him like he was her own son, giving the punishment first followed by conducting a counseling session in a polite manner as she wanted to teach his the lesson of kindness. In this way, the reformative manner of the woman left an imprint on the mind of the boy and transformed his personality as she brought a positive strength to his character.

Q 5. Use the correct form of the verb in each sentence.
i. She (carry) the purse slung across her shoulder.
ii. The boy (fall) on his back on the sidewalk.
iii. Some people (turn) to look.
iv. She (drag) the boy inside, down a hall.
v. Mrs. Jones (get) up and went behind the screen.
vi. The boy (take) care to sit on the far side of the room.
vii. She (make) the cocoa, and set the table.
viii. A hotel beauty shop (stay) open late.
ix. She (lead) him down the hall to the front door.
x. The boy (want) to say something.

Answer:
i. She carried the purse slung across her shoulder.
ii. The boy fell on his back on the sidewalk.
iii. Some people turned to look.
iv. She dragged the boy inside, down a hall.
v. Mrs. Jones got up and went behind the screen.
vi. The boy took care to sit on the far side of the room.
vii. She made the cocoa, and set the table.
viii. A hotel beauty shop stayed open late.
ix. She led him down the hall to the front door.
x. The boy wanted to say something.

Q 6. Punctuate the following lines.
well you didn’t have to snatch my pocketbook to get some suede shoes said Mrs Luella bates Washington jones you could have asked me

Answer:
“Well you didn’t have to snatch my pocketbook to get some suede shoes,” said Mrs. Luella Bates Washington Jones. “You could have asked me.”

Q 7. Use the following prepositions in your own sentences.
in, across, off, up, around

Answer:
i. Many memorable possessions of my late father have been preserved in this wooden chest.
ii. A new campus of my college is under construction across the Islamabad Highway.
iii. I connected the charger to the socket, as soon as the battery of my laptop conked off.
iv. They climbed up the mountain and reached the beautiful resort in a couple of hours.
v. The little boys jumped around with joy at the sight of their beloved uncle. 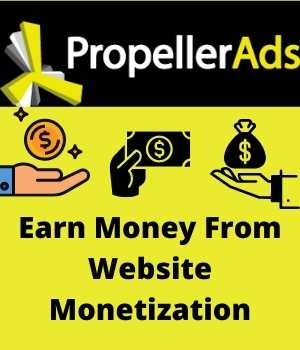