Q.3 iii) The central theme of modern operating systems, based on the concept of switching among multiple programs in memory is called _________.

Q.5 v) ____________ is a multitasking, multi-user operating system for servers, desktops and laptops, originally developed in 1969 by a group of AT& T employees at Bell Labs.

Q. i) The operating system acts as an interface between the computer hardware and the human user.

Q. ii) Multiprogramming allows the processor to make use of idle time caused by I/O wait.

Q. iv) In the early computers, the operating system does not exist.

Q. v) Multi-programming do not provide  better utilization of system resources than multiprogramming

Q. vi) In a time-sharing system, when a process is assigned to the CPU for execution, it remains there till its completion.

Q. vii) A process is a dispatchable unit of thread.

Q. viii) A process is directly assigned to the CPU for processing from a block state when the event for which it is waiting happens.

Q. ix)  A process is said to be in a ready state if it is waiting for some external event which has not yet been occurred.

The following are the important types of operating systems that are commonly used on various computer systems.

A multitasking operating system is a software that performs multiple tasks at the same time on a computer that has a single CPU. The CPU executes only one program at a time but it rapidly switches between multiple programs and it appears as if all the users’ programs are being executed at the same time.

A time-sharing operating system is a software that shares the CPU time between multiple programs that are loaded in main memory. A time-sharing operating system gives a very short period of CPU time to each program one by one. This short period is called time slice or quantum. Since the CPU is switched between the programs at an extremely fast speed, all the users get the impression of having their CPU. It is used in mini and mainframe computers that support a large number of users in a big organization such as airline, bank, university, etc.

A multiprocessor operating system is a software that controls the operations of two or more CPUs within a single computer system. All the CPUs of the computer share the same main memory and input/output devices. Multiprocessing operating systems are used to obtain a very high speed to process a large amount of data. It executes a single program using many CPUs at the same time to improve processing speed. Computers that support multiprocessing have a sophisticated architecture which is difficult to design.

An embedded operating system is a built-in operating system which is embedded in the hardware of the device. It controls the operation of devices such as microwave ovens, TV, camera, washing machine, games, etc. It runs automatically when the device is turned on and performs a specific task.

Q.5) Differentiate between the following:

b) Threads and process

a) DIFFERENCE BETWEEN SINGLE-USER AND MULTI-USER OPERATING SYSTEMS

on the number of users, they can support.

are DOS and Windows.

b) THREADS AND PROCESS

The differences are as follows:

In multiprogramming, many programs are loaded in memory but the CPU only executes one program at a time. Other programs wait until the previous program is executed out or blocked.

For example, when a user loads program 1 (say MS-Word) and program 2 (say C- language compiler). The CPU can execute only one program i.e., MS-Word or C-language compiler.

Multiprogramming is a rudimentary form of parallel processing in which several programs are run at the same time on a uniprocessor.

If we are running multiple processes on a Multi-User system like a Server to which multiple computers are connected then it is known as Multiprogramming.

Q.6) Define a distributed operating system and describe its advantages and disadvantages

ADVANTAGES:
The advantages of a distributed operating system are as follows:

DISADVANTAGES:
The disadvantages of a distributed operating system are as follows:

a) STATES OF A PROCESS

There are five states of a process which are new, ready, running, waiting and terminated

It is an abbreviation of Disk Operating System.

It is a single-user operating system and has been very popular on microcomputers up to mid-1990s. DOS was designed by IBM (International Business Machines). DOS resides on disk and controls the overall functioning of the computer.

It performs the following major tasks:

An embedded operating system is a built-in operating system which is embedded in the hardware of the device. It controls the operation of devices such as microwave oven, TV, camera, washing machine, games, etc. It runs automatically when the device is turned on and performs a specific task.

The following are the main functions of the operating system.

Process management is an essential part of the operating system (OS). A process is a program in execution. In a computer system, multiple processes are executing concurrently or waiting for their turn to be executed. A process in execution needs resources like processing resources, memory, and I/O resources. The OS must allocate resources to processes, enable processes to share and exchange information, and protect the resources of each process from other processes.

A file management system is part of an operating system that organizes stores and keeps track of the computer files and folders. Computer files can be documents, programs, images, videos, etc. The operating system controls the common operations performed on files. These operations include creating, opening, editing, renaming, moving, copying, deleting and searching files.

It is an abbreviation of Disk Operating System.

It is a single-user operating system and has been very popular on microcomputers up to the mid-1990s. DOS was designed by IBM (International Business Machines). DOS resides on disk and controls the overall functioning of the computer.

Windows is the most popular operating system used on microcomputers. It was developed by Microsoft. Many different versions of Windows Operating systems were developed and used successfully in the past. Some of these versions are Windows 95, XP etc. The latest version is Windows 10.

UNIX is a multi-user CLI operating system introduced in 1969. It allows multiple users to run different programs at the same time. UNIX was developed for use on the large computer system(Mainframe). It uses a command-line interface but later Graphical User Interface was also introduced. 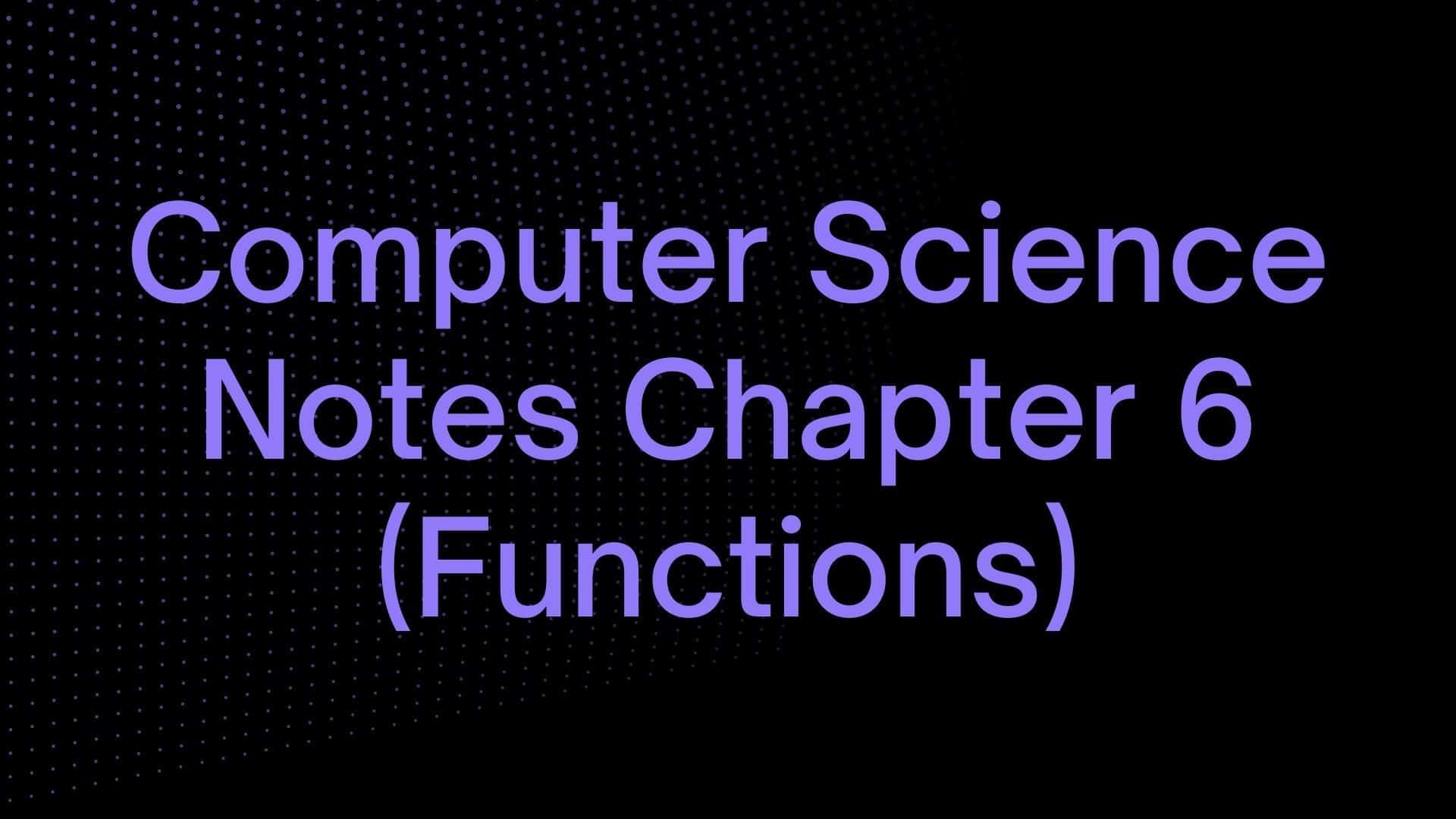