ii) The number of forces that can be added by head to tail rule is:

iii) The number of perpendicular components of a force are:

iv) A force of 10 N is making an angle of 30° with the horizontal. Its horizontal component will be :

v) A couple is formed by

vi) A body is in equilibrium when it:

vii) A body is in neutral equilibrium when its center of gravity:

viii) Racing cars are made stable by

The resultant vector is the vector that is obtained when two or more vectors are added up.

The turning effect of a force is called torque or moment of force.

Where r is the distance between the axis and point of action of force and F is the applied force.

Examples: turning a pencil in a sharpener, turning the stopcock of a water tap, using a spanner, and opening and closing a door are some examples where a force produces a turning effect.

Torque is a vector quantity and its direction can be found by using the right-hand rule. The S.I unit of torque is Nm.

Centre of mass of a system is such a point where an applied force causes motion without rotation.

A point where the whole weight of the body appears to act vertically downward is called the center of gravity of the body.

Forces that are parallel and acting in the same direction are called parallel forces.

Forces that are parallel and acting in opposite directions are called, unlike parallel forces.

The turning effect produced by a force on a body is called torque. It is a product of applied force and the perpendicular distance between the axis of rotation and line of action of force.

The formula of torque is;

Two parallel forces equal in magnitude but opposite in direction trying to rotate a body in the same direction constitute a couple.

A body is said to be in stable equilibrium if the body is slightly displaced and returns to its original position.

If a body maintains its new position when it is disturbed from its previous position, the body is said to be in neutral equilibrium.

Q.4) How head to tail rule helps find the resultant of forces?

Mathematically, the resultant of the forces FA, FB, FC … is given by;

In figure, two vectors added by head to tail rule.

Q.5) How can a force be resolved into its perpendicular components?

Consider a force F represented by line OA making an angle ϴ with an x-axis. Draw a perpendicular AB on the x-axis from A. According to head to tail rule, OA is the resultant vector of OB and BA.

Fx and Fy  can be calculated by

Q.6) When a body is said to be in equilibrium?

“The sum of all the forces acting on a body is zero.”

Let n number of forces F 1, F2, F3,…, Fn which are acting on a body. If the body satisfies the first condition of equilibrium,

In terms of x and y components, the first condition can be written as

Examples: A picture frame hanging on a wall and a paratrooper coming down with constant velocity, both satisfy the first condition of equilibrium.

The first condition of equilibrium does not make sure that a body is in equilibrium.

Q.9) What is the second condition for equilibrium?

The sum of all the torque acting on the body is zero.

For example, a child’s seesaw. The torque produced due to the weight of the child at the right side is clockwise and the torque produced due to weight of the child at the left side is anticlockwise. So these two torques are opposite in direction to each other. If both the torques are equal in magnitude, then the sum of these two torques is zero. Thus, the second condition of equilibrium satisfied.

Q.10) Give an example of a moving body that is in equilibrium.

Q.11) Think of a body that is at rest but not in equilibrium.

Q.12) Why a body cannot be in equilibrium due to a single force acting on it?

As we know that, the first condition of equilibrium is;

“The net force acting on the object must be zero.”

Q.13) Why is the height of vehicles kept as low as possible ?

Q.14) Explain what is meant by stable, unstable and neutral equilibrium. Give one example in each case.

A body is said to be in stable equilibrium, if the body is slightly displaced and it tends to return to its original position.

Example: A ball located at the bottom of a spherical deepening, is in a state of stable equilibrium. When we place it in a high position, then after some time it comes to the bottom again.

If a body does not return to its previous position when it sets free after a small disturbance, it is said to be in unstable equilibrium.

Example:  A ball located at the top of a spherical projection is an example of unstable equilibrium.

If a body maintains its position when it is disturbed from the previous position,it is said to be in neutral equilibrium.

Example:  The ball shown below will come to rest again if moved to another location on the surface shown.

4.1 Find the resultant of the following forces:

Magnitude of the resultant force = F = ?

When the picture is in equilibrium, then

Length of the spanner to tighten the same nut:

By applying principle of moments: 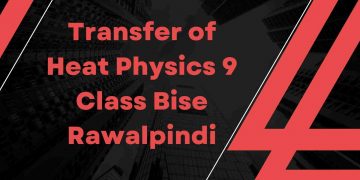