Uswah of the Holy Prophet

Allah sent Hazrat Muhammad (P.B.U.H) as a mercy for all the world. Allah says;

“We sent thee not, but as a mercy for all creatures.”

His life has been declared as an excellent pattern for the entire mankind. Allah says;

“He indeed has in the apostle of Allah a beautiful pattern(conduct for anyone).”

In the succeeding verse Oneness of Allah is mentioned, which means that the belief in Tawheed or in Allah is the greatest reward of Allah. Allah obliged all the people by giving them their rights. He fully explained the duties of mother, father, sister and brother.

He made a rule of justice and equity, taught truthfulness, emphasized the education of girls; maidservants and poor powerful and wealthy; slaves were so much dignified that they became masters. About animals, he advised, “treat them well”. We should serve every animal because there is a reward from Allah Ta’ala in serving them.

O Level Islamiat I Biography Of The Holy Prophet

Before the advent of the Holy Prophet (S.A.W.), Arab society suffered from wars and quarrels. People were revengeful and bloodthirsty, Hazrat Muhammad (S.A.W.) taught them a lesson of fraternity and affection and revolutionized society within a very short time. His moral conduct and character influenced everyone. People forgot their enmity, strangers became friends and enemies become brothers. About this transformation Allah says in the Holy Qur’an:

“And remember with gratitude Allah’s favour on you, for ye were enemies and He joined your hearts in love so that by His Grace, ye became brethren:” (Surah Aal-e-Imran 103)

“And (moreover) He hath put affection between their hearts, not if thou hadst spent all that is in the earth, couldst thou have produced that affection, but Allah hath done it, for He is Exalted, in might, Wise.” (Surah Al-Anfal 63)

When Hazrat Muhammad (S.A.W.) migrated from Makkah to Madina he established a relationship of brotherhood between the refugees of Makkah and Ansar-e-Madina. Every refugee became a brother of an Ansar. In this way, a solid relationship of brotherhood and affection came into being which is unprecedented in the history of the world. The Ansar made great sacrifices for their refugee brothers and provided an equal share to them out of their houses, gardens, and fields. On the other hand, the refugees, out of their self-respect, asked for ways to the market to earn their livelihood through trade or manual work. This brotherhood was a practical demonstration of the following verse of the Holy Qur’an:

Q.3: What was the behaviour of the Prophet Muhammad (P.B.U.H) about equality?

Hazrat Muhammad (S.A.W.) has taught us a unique lesson of equality through his words and practice.

Hazrat Muhammad (S.A.W.) meted out equal treatment to the rich and the poor, to the king and a beggar and to the master and his slave. He eliminated the sense of superiority on the basis of family and tribe. He did away with all discrimination on account of caste, colour, and race. According to him Suleiman Farsi, Bilal Habshi, and Sohaib Roomi (S.A.W.) were in no way inferior to the nobles of Quraish.

The mosque is a practical training ground for teaching equality to Muslims. Namaz is the best demonstration of equality. The poor or the rich, and the great or the small all offer their prayers in the mosque. In Islam greatness lies in goodness and piety and not in caste, tribe, and family. Hazrat Muhammad (S.A.W.) has stated this fact in the Khutba Hajj tul Widda in the following words:

“0 People! Your Allah is one and all of you are the offspring of Adam. Therefore an Arab is not superior to a Persian and vice versa. The red has no precedence over the black and vice versa except in (degree of) their virtue.”

Allah The Almighty praised the Prophet, and all his qualities, one of which is forbearance. It was a distinctive sign of his morality, as he was insulted by all classes of society. Poets satirized him, Quraysh’s chiefs mocked him and reckless people threw stones at him and accused him of being a magician and of being insane. He was also subjected to other forms of harm, all of which he endured with forbearance, patience and forgiveness.

in Makkah, Prophet Muhammad (peace be upon him) needed to reach out and seek support beyond the city of Makkah. He (P.B.U.H) wanted to spread the message to the people of Taif, in hopes that they would believe and accept the message of Islam. He trekked from Makkah to Taif to invite the people to the belief in One God. Prophet Muhammad (P.B.U.H) met with the chiefs of the major tribe in Taif, Thaqeef tribe. He (P.B.U.H) told them about Islam, worshipping only one God, and leaving idol worshipping. They rejected his message and insulted him. Not only did they refuse to listen to his message, but they unleashed the children of their tribe to throw stones at him and drive him out of their town. With people jeering at him as his ankles bled, he ran out. The Prophet entered the garden with great difficulty and then the said persons ceased to pursue him. ‘Atbah and Shibah were wealthy Qurayshites who also possessed a garden in Ta’if. When the Prophet entered the garden sweat was flowing down his head and face and some parts of his sacred body had also been hurt. He sat down involuntarily under the vine which rested on the trellis and began to utter the following supplication:

“O, Lord! I present my weakness and lack of strength before You. You are a kind Nourisher. You are the helper of the weak. To whom are You abandoning me?

And bear with patient constancy what’s beside thee for this is firmness (of purpose) in (the conduct of) affairs.

In another place Allah says:

“For Allah is with those who are patient.”

Allah has urged man to exercise patience and resignation at the time of trouble. As Allah is the provider of everything to a man, a man must resort to patients at the time of trial. When Hazrat Muhammad (S.A.W.) declared his Prophethood the non-believers started persecuting him. They belied him and made fun of Islam. Some called him a magician and some took him for an astrologer but he remained patient and determined and never gave up his preaching.

Examples from the life of Prophet Muhammad (S.A.W):

One day Hazrat Muhammad (S.A.W.) was offering prayer near the Khana Kaba. A group of non-believers was present there. the guts of a Uqba bin Abbi Mueet put the camel on the back of the Holy Prophet (S.A.W.) when he was in Sajda on the instigation of Abu Jehl. They started laughing at his mischief. Somebody informed Hazrata Fatima, daughter of the Prophet (S.A.W.), about this incident. She came running and removed the guts from his back and cursed the non-believers. At this Hazrat Muhammad (S.A.W.) advised his daughter to be patient. The Prophet (S.A.W.) prayed for their guidance as they did not know what was good for them.

When the enemies of Islam found that the light of truth was spreading all around despite all their tactics they declared a boycott of the family of Banu Hashim in Moharam-ul-Haram in the seventh year of Prophethood. According to this, all the tribes of Arabia Were bound to stop all kinds of dealings and contacts with Banu Hashim’ As a result, the family of Banu Hashim except Abu Lab remained besieged in Shaib-e-Abi Taalib for three years. During this period, they suffered untold miseries and troubles. However, the Holy Prophet (S.A.W.), with mercy for all the worlds, faced this situation with great patience, and resolution. In this way, the Holy Prophet (S.A.W.) and his faithful Companions remained busy in Jihad to Win approbation of Allah and bore all the troubles with patience and steadfastness.

Hazrat Khabbab bin Art was laid supine on the glowing fire while the enemies rode on him. Hazrat Bilal was fastened in the neck with a rope and dragged on the stony ground full of sharply pointed pebbles. Hazrat Abu Salma was deprived of his family. Umme-Salma was separated from her husband and children. Hazrat Sohaib Rumi was dispossessed of all his belongings at the time of migration. Hazrat Khubaib was hanged on gallows, and he happily gave away his life after offering two rakats of Namaz and thanking Allah.

Even the Great Prophet (S.A.W.) turned the tide of disbelief standing firmly before it as a mountain. He was oppressed and molested in various ways. Once when he was busy in namaz, the stomach of a carnal was thrown on him. Thorns were often spread in his way. Attempts were made to throttle him. He was socially boycotted. He was planned to be killed. He was pelted with stones at Taif so much so that he was wounded and began to bleed. At Chad, his teeth were broken. Even once when his dear uncle Abu Talib appeared to be swerving from his unstinted support, the prophet (S.A.W) said to him.

“If these polytheists keep the sun in my right hand, and the moon in the left, I would not keep away from preaching what is right and raising my voice with the words of Allah.”

Q.5: What is meant by ‘Zikr”? Write a short note on the various forms of Zikr.

Zikr is an Arabic word and has a very comprehensive meaning. Literally, it means to remember someone. In religious terms, it means “to remember Allah”.

Allah has said about Zikr at several places in the Holy Quran, as for example:

“O you who believe! Remember Allah with much remembrance.” (Al-Ahzab:41)

“Men whom neither merchandise nor sale diverts from the remembrance of Allah.”(An-Nur:37)

There are three forms of Zikr:

Practical Zikr, also known as “Zikr-e-Faily”, is performed with one’s obedient actions. It comprises of obedience to:

i) The commandments of Allah (swt)

ii) The Sunnah of our Holy Prophet (saw)

Verbal Zikr, also known as “Zikr-e-Lisani”, is observed with one’s tongue. It comprises of:

According to a Hadith, the best form of this type of Zikr is saying “La Ilaha Illah”. Similarly, after Namaz  Zikr is done by repeating “SubhanAllah” and “Alhamdulillah” thirty-three times and “Allahu Akbar” thirty-four times. This Zikar is called Tasbeeh-e-Fatima. Apart from this, there are many ways of Zikar ascribed to the Holy Prophet (PBUH) which can be found in books of Hadith.

Silent Zikr, also known as “Qalbi Zikr”, “Zikr-e-Khafi” and “Daimi Zikr” is performed within oneself. There are many stages to silent zikr. The first and foremost of which is Qalbi Zikr: Remembrance of Allah (SWT) from within the heart.

Most, if not all, of us, are familiar with both practical and verbal forms of zikr and we’ll have at some point practiced them within our life. Silent zikr, on the other hand, is less well known. This is because this form of zikr is practiced and taught only by the Friends of Allah (SWT). 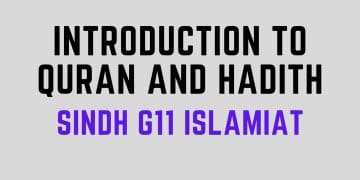