Synopsis and Review of Parizad Novel

This novel tells the story of a young man’s journey from childhood to adulthood. His financial condition is poor, and his appearance is not attractive. Since he has been poor most of his life and has an ugly appearance, he is treated badly. 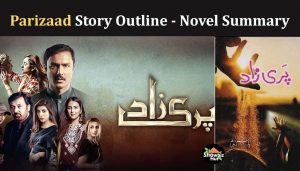 He feels lonely with each passing day. The desire to be wanted and loved grows stronger, but he is never close to anyone. As fate would have it, the road took a turn, and he was blessed with wealth and fame.

After watching her, we read that all her wealth and fame is not enough to move on from her past and find love and inner peace? Read the novel to know about Prizad’s search for love and peace.

Characters and story of Prized novel

Overall, it’s an interesting story with a strong plot. It depicts the feelings of a man who searched for true love all his life, but his ugly appearance prevented him from finding it. There was so much depth in the plot, characters, habits, and intentions that it was as if a curtain was falling and removing one mask after another from one’s face. The book is my favorite and the author even more so.

Throughout the novel, the protagonist loses all self-confidence and self-esteem because he is not physically attractive. As a result of his unorthodox features and how they go against his name, he is ridiculed by society. Prized is an advocate of beauty despite being aware of his shortcomings. He is interested in beautiful women and is quick to approach or talk to them.

In this book, the author has described the most common flaw in our society, which is unable to love even an ugly person! We believe that appearance alone determines a person’s worth. While we criticized their appearance, we did not care about their purity.