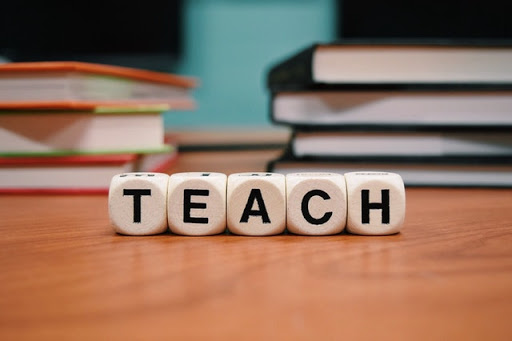 It is very unfortunate to say that our education system is incomplete in spite of everything. How is that ?? From the sixth grade we are taught an article called Science, of course this subject is also taught in the middle classes but in the true sense science is taught in the sixth grade. What happens now is that the way we teach science to students in the sixth grade is when a teacher comes and does the reading and says that tomorrow is the day to remember. And then the next day a student who makes a mistake in a single word is reprimanded. Wait a minute … I have an innocent question for you, was this article going to be memorized ??

Is that student so insignificant that all his skills are wasted in memorizing ?? Have you considered why scientists and researchers are not being born today?

Because of this sixth grade rhetoric. Now, if you are surprised, I would like to ask you to see the student who has been admitted from the sixth grade Taught He will memorize in the sixth grade. Then, after the exam, when he sits in the seventh grade, his mind will have forgotten all the previous rta. He will sit in the next class with a clear mind. So isn’t his one year wasted despite studying ?? Rita … ah … this Rita is forgotten even in the exam. The talk of the next class goes too far. Let’s do it. Now the same teacher will teach this student in seventh grade. And rusting makes the student’s mind rust. And this goes on for three years. Sixth, seventh, eighth. These are the three classes in which a student forms the basis. So would it be wrong to say that the RTA system was placed at the base of this student? Ah sorry! That the same student would not even know the basic concept of his books despite taking 89%. Even after studying science for three years, he may not know the definition of a cell. Know why ?? The same beautiful Rita.

Oh brother, no agreement was reached with Rata now, I will remember it even after three years. Even after finishing the eighth grade, this student’s mind is empty. Just like in the sixth grade. What will happen next? In ninth and tenth grade, when the teacher will ask him what he has read in three years. That student will hide behind the next seat. Make sure 85% of the takers hide behind the seats. And if a teacher makes him stand up, he will be silent. Oh, of course, now Rita has forgotten! The teacher will scold him that even after studying for three years, nothing comes. You think – just a minute! This student had given his full input in these three years …

but now he has to endure humiliation in front of the whole class. So what honor will remain in his own eyes. Let me tell you something … let me tell you … Student depression starts here. You work for three years and in the fourth year someone tells you what have you done?

So would you hug him with a laugh? No, no, what about the child who has just reached adolescence?

And from now on, his incompetence is being ridiculed. And whether or not to get good teachers in matriculation is also not a written matter. In some institutes, chemistry, physics and biology are all taught. Now when the child reads those three books by heart and goes to college, rest assured that he is standing where he was five years ago when he went to get admission in the sixth grade. Five years were taken away from the life of a child.

And do you know who snatched it? This rotation system actually In our institutions, ratta is given in ghati. A word mistake is also reprimanded. So is it good to say that a scientist will be born now ?? Has any researcher been made by memorizing? Has anyone become a scientist even by memorizing ??

I don’t know since when But unfortunately that’s what I’ve been up to ever since. Despite taking 90%, the minds of the students are empty. It is not a matter of one student. This is the situation of every educational institution in this day and age. When these kids go to a university, they don’t understand anything because they don’t remember the first thing.

So, despite two academies, he can’t bring back those five years. Do you know how much damage has been done to it ??? All abilities were removed and rattled. So now this is a rattlesnake ready. And the purpose of education is not to acquire knowledge, but the purpose of education has become to memorise the test. So our progress is done. And became our developed nation !!

The purpose of writing all this is just to consider what is happening. All these are not biblical things that I have experienced. for God’s sake! Change the system a bit. Eliminate this rotten system. Concentrate on creating a concept. There can be no development unless the school system is right, children are our future. Save your future from being ruined.