Pakistan, a country that has always been an important part of world affairs. A place is known for global jihad and the second-largest country in the Muslim population. From the day it seceded and became an independent country, there have been many ups and downs.

Pakistan is a hub of natural resources but these resources need to be put to good use. In addition to its greatness, it has suffered greatly in recent years. However, the current Prime Minister of Pakistan is thought to have put an end to all major issues but once again the people of Pakistan are waiting for his improvement.

The point is that when a country is moving towards progress or development, its relations with the world are very different. Here, it’s always confusing and it’s never the same. Countries like the United States, Russia, China, Turkey, and other states have always helped us to make things better but still Pakistan is faced with the dilemma of which party to choose and which Who do we support? Authors of essay writing services in Pakistan have written many articles on these issues.

The most worrying thing is that Pakistan is in debt of billions of dollars. Everyone in Pakistan has a lot of time to overcome this heavy burden. Moreover, Pakistanis should stop compromising on the things that bother them. They should not work as a separate party and work together to enforce the wrong decisions of the government.

Most people believe that Pakistan’s alliance with two powerful countries, the United States and China, can create a bright future. This situation has been analyzed in-depth, so Pakistan has already presented its current situation by relying on these two nations. It should have established relations with other international countries to strengthen its base. However, powerful measures can still be taken but it seems very difficult and sacrificial.

According to a World Bank report, there are some interesting points about what Pakistanis should do for a brighter future. It advises Pakistan to start making wise decisions now. Compared to other countries like South Korea and China, they have dramatically changed their economy, so why not Pakistanis.

In this report, Pakistan is advised to invest in the people, take care of the environment, use resources efficiently, and support its development by implementing difficult reforms. The more a nation contributes to its nation, the more it can benefit them in the future. A productive population is the most desirable thing a nation can do. The government should focus on improving people’s living standards, transport systems, and increasing the number of facilities, education, business, and all other sectors.

Apart from all these debates, an important point is that the future of Pakistan can only be shaped by its people. As a nation, its people need to unite to make things better and make this country a better place with love, peace, and harmony. 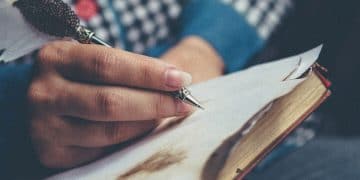