So, here look at these Biology Class 10 Notes Chapter 15 Inheritance Short Questions, Long question, and get the most of it. We support you in planning your exams from our notes because we have quality notes.

Answer:
If a man with AB blood group marries with a women with blood type O then their expected blood group of the offspring will be having AB. Because Blood group AB is dominant over O.

Q.2) How can crossing bring variations?

Answer:
During prophase of meiosis, crossing-over occurs. In this process, the chromatids of homologous chromosomes exchange genes. It results in chromosomes with different combinations of genes in different gametes.

Q.3) How are DNA and protein packed to form a chromosome?

Answer:
Chromosomes are thread-like structures present in cells. They were discovered by Waldeyer in 1876. Chromosomes are composed of chromatin material.
Chromatin material is made up of histone proteins. Long molecule of DNA wrapped around the bundle of histones. The structure made of histones and the DNA wrapped around them is called nucleosomes. The nucleosome is arranged in the form of beads on a string. This string of beads oil and forms the structure of chromosomes.

Q.4) How is artificial selection used for the improvement of crops?

Answer:
Long before Darwin and Wallace, farmers and breeders were using the idea of selection to cause major changes in the features of their plants and animals. They allowed only the plants and animals with desirable characters to reproduce, causing the evolution of farm stock. This process is called artificial selection because people (instead of nature) select the organisms they want to reproduce. Essentially all present day crops have been reshaped from their wild ancestors by the repeated application of artificial selection.

Q.1) Relate the structure of chromosomes with DNA and gene. Draw a concept chart to explain your answer.

Answer:
Chromosomes and Genes:
Chromosomes are thread-like structures present in cells. They were discovered by Waldeyer in 1876. In prokaryotic cells, chromosomes are not enclosed in a nuclear membrane. In eukaryotic cells, chromosomes are found within the nucleus.
When a cell is not dividing, its chromatin is in the form of fine threads scattered in the nucleus. During cell division, the chromatin coils and makes compact structures of chromosomes. A chromosome consists of two identical halves. Each half of the chromosome is called a chromatid. The two chromatids of a chromosome are attached at a point called the centromere. The centromere holds the two chromatids together until they separate during cell division.
Chromatin Material:
Chromosomes are composed of chromatin material. In prokaryotes, the chromatin material is made of DNA only. In eukaryotes, the chromatin material is composed of DNA and proteins. Long molecule of DNA is wrapped around the bundle of histones. The structure made of histones and the DNA wrapped around them is called a nucleosome. Nucleosomes are arranged in the form of beads on a string. This string of beads coils and forms the structure of chromosomes.

Q.2) Explain with the help of diagram the relationship amongst DNA, RNA and proteins.

Answer:
Protein synthesis takes place in two major steps:
Transcription:
In the first step of protein synthesis, the two strands of DNA unzip and separate from each other. One strand of DNA acts as a template for making a single strand of Ribonucleic acid (RNA) called the messenger RNA (mRNA). This process is called transcription. In this way, the instructions present in the strand of DNA is copied
Translation:
The mRNA leaves the cell nucleus and travels to the ribosome. The ribosome attaches with mRNA. Another type of RNA called transfer RNA (tRNA) carries specific amino acids to the ribosome. The amino acids are linked together in a specific sequence, eventually forming a protein.

Q.3) Explain why Mendel selected peas as a subject for standing genetics?

Answer:
Mendel’s most famous experiments were performed on the garden pea plant. It was a good choice, because they are easy to grow and are fairly resistant to pests. Peas also have a reasonably short generation time. They complete their life cycle (from seed to next-generation seed) in three months. Thus, results from breeding experiments could be obtained rapidly. Most importantly, the pea plants were pure breeding strains. For example, Mendel had a pure breeding strain of violet-flowered pea that produced violet-flowered offspring exclusively when allowed to self-pollinate.
Every pea plant contains both male and female reproductive parts and normally reproduces through self-pollination. Pea plants have seven distinguishable characteristics, such as round versus wrinkled seeds and purple versus white flowers. It helped Mendel to easily observe and calculate the results of his crosses among plants.

Q.4) Explain the law of independent assortment with the help of an example and chart.

Answer:
Law of Independent Assortment:
Mendel did dihybrid crosses. In a dihybrid cross, the inheritance of two characteristics is studied at a time. In such experiments, he noticed that the height of the plant and the shape of the seeds and the colour of the pods had no impact on one another. In other words, being tall did not automatically mean the plants had to have green pods, nor did green pods have to be filled only with wrinkled seeds. Different traits seemed to be inherited independently. Mendel crossed true-breeding plants having round yellow seeds (genotype of RRYY) with plants having wrinkled, green seeds (rryy).
The seeds of the F1 offspring showed only the dominant characteristics in seeds, which are the seeds of a round and yellow phenotype. When F1 hybrids were self fertilized, however, four different types of seeds were found among the F2 generation. The ratio of these types was, 9/16 round and yellow, 3/16 round and green, 3/16 wrinkled and yellow, and 1/16 wrinkled and green. The F2 generation appeared in the ratio of 9:3:3:1.
The F1 plants (RrYy), produced four types of gametes i.e. RY, Ry, rY, and ry. When these plants were allowed to self-pollinate, there were 16 combinations of alleles in F2 generations. It means that allele R and r segregated independently of the allele Y and y.
Mendel’s discovery is referred to as the law of independent assortment. It states that “alleles separate independently of one another during the formation of gametes.”

Q.5) Describe the sources of variations. Explain the importance of variation in organisms.

Answer:
Sources of Variations:
Variations are produced due to genetic differences among individuals. Sometimes environmental conditions also cause variations. The following are the main sources of variations.
a. Genetic Recombination of Chromosomes:
Gametes are produced by meiosis. During meiosis, homologous chromosomes separate and move independently to different nuclei. In this way, new combinations of chromosomes are produced in the daughter cells.
b. Crossing Over:
During prophase of meiosis, crossing-over occurs. In this process, the chromatids of homologous chromosomes exchange genes. It results in chromosomes with different combinations of genes in different gametes.
c. Random Fertilization:
Each gamete has a unique genetic composition, because of the recombination of chromosomes and genes in meiosis. When gametes combine randomly during fertilization, the organisms produced are different from all others of the species.
d. Mutation:
A mutation is defined as any change in the nucleotide sequence of DNA. Alleles arise by mutation. The original allele is termed as the wild type, and the new allele as the mutant allele. If there were no mutations, there would be no variation.
e. Environmental Conditions:
Although the environment has no role in the initial production of variations, once variations are produced, the individuals with variations are best suited to that particular environment and hove more chances of survival. Accumulation of such variations, generation after generation, results in the production of new species ultimately.
Importance of Variation in Organisms: 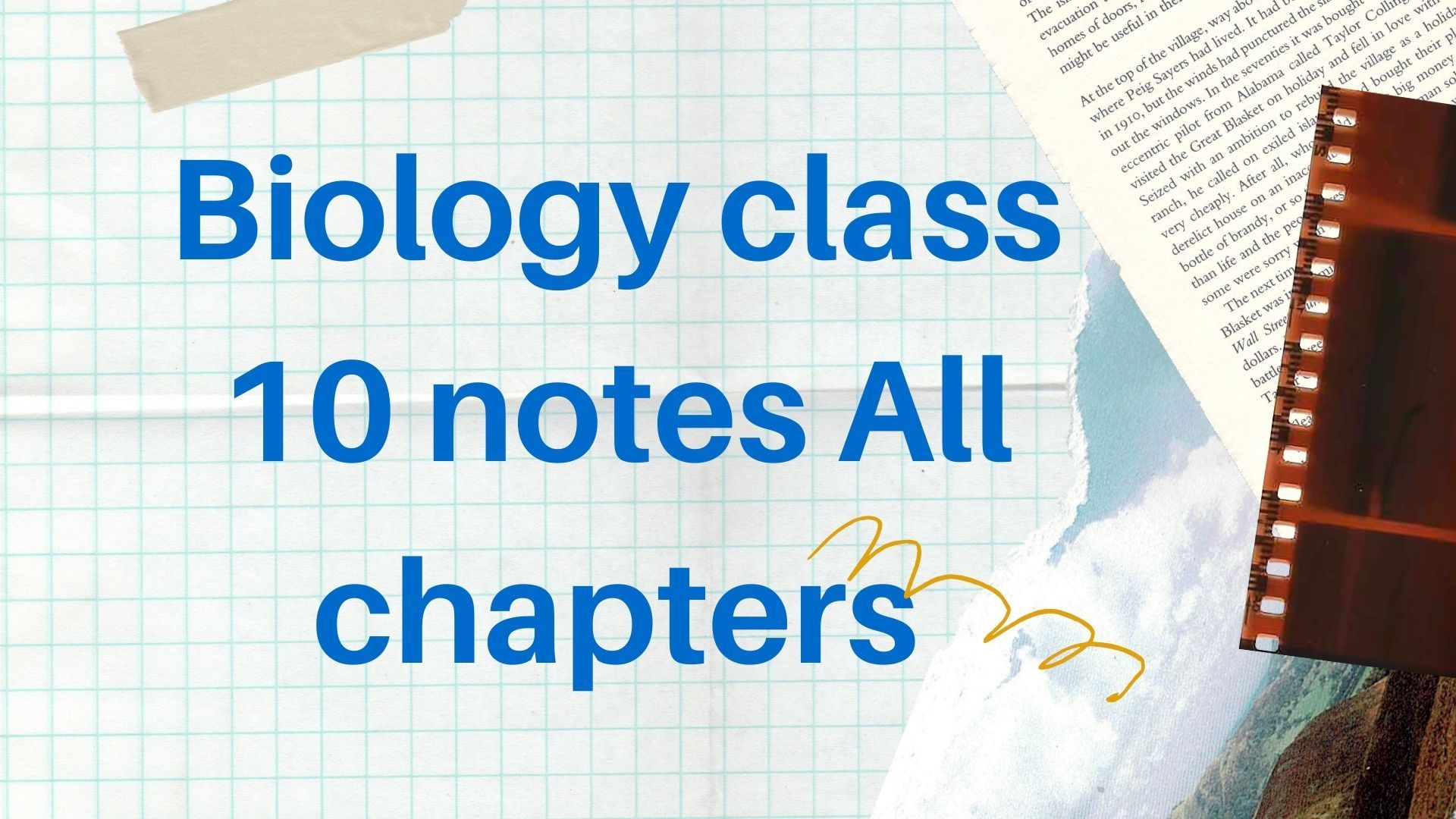 Biology is a kind of science subject that is a...