What is an essay? 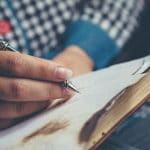 An essay is, in general, a piece of writing that gives the author its own argument, but the definition is vague, overlapping with a letter, a paper, an essay, a booklet, and a short story. Articles are traditionally subdivided into formal and informal.

Today I will express my views on the subject of corruption. Political corruption refers to the misuse of power by government officials for illicit personal gain. The word corruption is used in the sense of bad, broken, defective, the famous philosopher Aristotle and later Cicero used it in the sense of corruption. That is to say, to take a bribe, to take advantage of one’s power and do something for another which he is not capable of.

The word corruption is being used a lot in politics these days, especially in Pakistani politics. There are different levels of corruption. The roots of this corruption have spread from the grassroots to the government and even internationally. There is also evidence of this in international affairs.

Employees in petty scams often offer presents to their superiors in order to gain their approval. Or they can use personal relationships to get their little things out, which we can call recommendation. Widespread corruption reaches government officials, including betraying the country’s trust, squandering the country’s and nation’s wealth in pursuit of one’s own self, approving large contracts, obtaining licenses for various important and responsible works. To do Obtaining licenses for items that are in high demand and in short supply, which can be stockpiled and received on demand.

All of this is now commonplace in our society. Transferring huge bribes to get or provide jobs in high-ranking positions or in government departments is one of the major forms of corruption, which immediately or slowly affects the entire country. Public tax money in government departments that spend funds for various development, welfare and reform works to warm their pockets is a high level of corruption.

Every new generation is born pure with faith and innocence in goodness. In a society where almost everyone from the prime minister to the messenger and from the mill owner to the daily wage earner is better off and struggling, there is probably no one here to guide the new generation. They will have to work hard to build their future.

The study of good societies and the questions asked intelligently are the tools that can help pave the way. Democracy can provide a platform for the new generation to play its role. We hope that new generations will decide to live with the world of science and creation which is the only way to be free from corruption.

Corruption not only gives a place to an incompetent person but also does not reward him for his qualifications which leads to massive deterioration in the society. 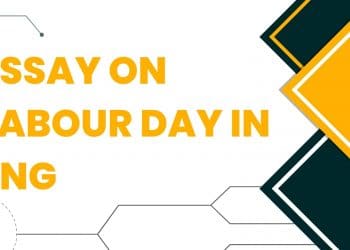